There has been a significant amount of interest over the last couple of years from the federal government to examine the growth in “provider consolidation” and assess the impact this trend has had on health care costs and the quality of patient care. It would take numerous Regs and Eggs blogs to fully dive into the root causes of provider consolidation and explore how it affects you as emergency physicians and your patients. However, I wanted to at least start with a general overview of the topic and the various trends we are seeing in our health care system and then highlight some of the steps Congress and the Biden Administration have taken to specifically address this issue.

Consolidation in health care can come in various forms, and you most often hear the terms “horizontal” consolidation (such as a hospital acquiring another hospital) and “vertical” consolidation (such as a hospital acquiring a physician practice). With respect to physician practices, more and more are being acquired by hospitals, health systems, and corporate entities (such as private equity and health insurance companies) every year. In fact, a recent study in Health Affairs found that between 2014 and 2018, there was an 89 percent increase in hospital and health system ownership of physician practices. The pressures of staying financially viable during the COVID-19 pandemic seems to have even accelerated this trend. According to a report from the Physicians Advocacy Institute (PAI), there was a sharp rise in the number of physician practices being acquired by hospitals and corporate entities throughout 2019 and 2020—especially in the first half of 2020 as the pandemic began. Now, PAI reports that 70 percent of physicians are employed by hospital systems or other private entities—meaning that only 30 percent of physicians practice independently.

If you were the federal government seeing this clear movement away from the independent practice of medicine towards hospital- and corporate entity-ownership of physician practices, you’d be interested in finding out what specific impacts it’s having on our health care system, right? Well, that’s exactly what the federal government has been doing.

A couple years ago, Congress commissioned the Medicare Payment Advisory Commission (MedPAC) to assess whether provider consolidation has led to higher health care costs and impacted quality of care. In 2020, MedPAC issued a report which looked at all the available research at the time and came away with the ultimate conclusion that consolidation leads to higher prices for commercially insured patients. Interestingly, while provider consolidation leads to higher prices, MedPAC found that in areas where insurers have more market power, prices decrease—but those savings aren’t necessarily passed on to consumers in the form of lower premiums. MedPAC also looked at whether provider consolidation affects the quality of care that hospitals and clinicians provide but couldn’t draw any definitive conclusions.

Consolidation in health care markets remains on the radar for Congress, as over the past few years, several oversight committees have looked into growing consolidation and anticompetitive conduct among insurers, pharmaceutical companies, hospitals, and providers alike. More recently, federal legislators have taken an increasingly critical eye toward the continued trend of corporate and private equity investments in the health care sector and resulting effects on costs and consolidation. A number of legislators have kept up the pressure, such as House Ways and Means Oversight Subcommittee Chairman Rep. Bill Pascrell, who has led a series of efforts to increase federal oversight of private equity investments in health care, including a request to the Federal Trade Commission (FTC) as to how the agency plans to respond to the growth of PE investment throughout the health care system. Despite all of the significant congressional interest, it remains to be seen how – and if – federal legislators can come to an agreement on what legislative actions are possible, and how narrow or broad the scope of that work would be.

Many other studies have confirmed what MedPAC found—that consolidation leads to higher prices. This seemingly clear association between the two has definitely piqued the interest of the Biden Administration. In July 2021, the President issued an Executive Order on Promoting Competition in the American Economy, which called out the issue of hospital consolidation leading to more expensive care. The Executive Order requested that the FTC and the Department of Justice (DOJ) enforce antitrust laws “fairly and vigorously” and encouraged the agencies to “review the horizontal and vertical merger guidelines and consider whether to revise those guidelines.”

Thus, a clear priority of the Administration, stemming from this Executive Order, has been to stop mergers that appear to be anti-competitive. However, that is easier said than done. The FTC and DOJ have been able to block some hospital and physician mergers in the past but have been constrained in their ability to do so. To help them with their efforts, the Biden Administration has increased their budgets. FTC and DOJ are using these resources to examine data from major health insurers on hospital acquisition of physicians and revise some of their guidelines on mergers. Most recently, the two agencies released a request for comments on how to modernize enforcement of the antitrust laws regarding mergers.

Besides the work being done by the FTC and DOJ, the Biden Administration’s interest in this issue has manifested itself through its focus on price transparency, including its decision to intensify the enforcement of the hospital price transparency requirements that went into effect last year. As described in a previous Regs and Eggs blog post, starting last January, hospitals have been required to post payer-specific negotiated rates for 300 “shoppable” services in a consumer-friendly way. Hospitals also must post available payer-specific negotiated rates for all services (including emergency services) in a “machine-readable format.” The stated goal of these requirements is to increase “competition among healthcare providers to bring down costs.” Compliance with these requirements was very low initially, so the Centers for Medicare & Medicaid Services (CMS) decided to beef up penalties for non-compliance. Under the refined penalty structure, larger hospitals can now receive a penalty of over $2 million if they don’t comply over the course of a year.

However, not every step that the Biden Administration has taken will help curb provider consolidation—in fact, ACEP strongly believes that the Administration’s flawed approach for implementing the No Surprises Act will actually have the opposite effect. Specifically, the Administration’s decision to make the qualifying payment amount (the QPA, which is based on the median in-network rate) the presumptive payment amount that arbiters must consider when resolving payment disputes for out-of-network services will drive down in-network rates and force more clinicians out-of-network. As smaller physician practices struggle to absorb significant cuts to their reimbursement (we are already hearing reports of 20 to 30 percent payment cuts), they will be forced to join larger physician groups or be taken over by corporate entities in order to stay in business.

It remains to be seen what the net effect of all the federal government policies will be on provider consolidation and health care prices. However, at this point in time, two things seem to be crystal clear: 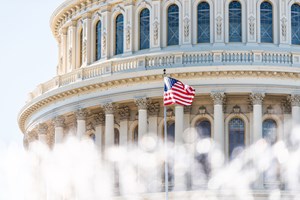