ACEP is Suing the Government Over Surprise Billing Implementation

Did you know that ACEP, the American College of Radiology (ACR), and the American College of Surgeons (ACS) are suing the government over the implementation of the No Surprises Act? The No Surprises Act is meant to protect patients from receiving surprise medical bills when they unknowingly seek acute, unscheduled out-of-network (OON) care. Further, it is supposed to prevent physicians from charging beyond the patient’s cost-sharing burden and prevent insurers from charging higher deductibles as compared to in-network care. (Here's ACEP's summary of the major No Surprises Act requirements and what they mean for us.)

Ideally, both insurers and physicians should share the brunt of this reduced reimbursement via a fair, agreed upon reimbursement rate, and then patient is only responsible for the costs as if they received in-network care. When the insurer and the physician cannot agree on the appropriate OON reimbursement rate, either party can escalate the matter to independent dispute resolution (IDR). Unfortunately, an interim final rule implementing the No Surprises Act released by federal agencies conflicted with the language in the legislation and tilted the IDR process squarely in favor of insurance companies. Specifically, the interim final rule required the arbitrator to weigh the qualifying payment amount (QPA) more heavily than other factors listed in the statute (such as patient acuity, training and education of provider, etc.) when determining what the final payment amount should be for an out-of-network service. Under the statute, the arbitrator was supposed to weigh all the evidence that was presented by both the provider and insurer equally, without making one factor (the QPA) the presumptive payment amount. The QPA is the median in-network rate for a specific service in a specific geographic area, and is an artificially low, insurance company-dictated value. Making the QPA the de-facto payment amount not only violates the No Surprises Act, but would also have significant consequences for both in-network and out-of-network care, resulting in lower reimbursement rates and narrower provider networks.

ACEP and other organizations had no choice but to act and put forth legal challenges to the rule.  As discussed below, one of the lawsuits on this rule came out in our favor, and federal agencies have, at least for now, halted the implementation of this flawed policy.

So, how did we get here? Here is the breakdown.

The No Surprises Act was the brainchild of the Cassidy Workgroup (a group of six senators) created in February 2018. However, despite numerous rounds of input by ACEP in conjunction with the American Medical Association (AMA), American College of Surgeons (ACS), American Hospital Association (AHA), American Society of Anesthesiologists (ASA), ACR, and AANS, the workgroup and drafts of the bill continued to ignore the unique position of emergency care in the context of the unfunded federal EMTALA mandate and expansion of medicaid and low-cost private insurance under the Affordable Care Act.

In January of 2019, ACEP proactively released the Framework for Protecting Emergency Patients When Care is Out of Network. In May 2019, 550 EM physicians met with legislators about surprise billing at ACEP's annual Leadership and Advocacy Conference (LAC). In June 2019, ACEP created Out of the Middle, which was a group focused on limiting patient fiscal liability.

In February 2020, the Consumer Protections Against Surprise Medical Bills Act that included ACEP’s IDR benchmarking feedback, was introduced and garnered support from ACEP. Fast-forward to the end of 2021, when the No Surprises Act was ultimately included in the major omnibus bill that was enacted on Dec. 27, 2020. Then the No Surprises Act moved into the regulatory/implementation phase.

Note: We can't cover the full scope of multiple years of advocacy work on surprise billing in this article, but ACEP has it documented in a very detailed timeline if you'd like to do a deeper dive.

In July 2021, during the implementation of the No Surprises Act, the regulatory interim final rule (INF) was released, with IDR provisions conflicting directly with the language and intent of the law. ACEP responded with advocacy for a balanced arbitration process during the IDR.

In September 2021 the federal government released the second IDR, which outlined a median in-network rate as the QPA, giving insurance companies control over the IDR benchmark. In December 2021, ACEP, ACR, and the ASA filed a lawsuit against the government to change the implementation of the second INF.

On Feb. 23, 2022, this lawsuit received a major boost after a federal judge in Texas ruled that the implementation of the NSA gives unequal weight to the QPA in the favor of the insurance companies and fails to follow the letter of the law. Further, the courts determined that the government disregarded its own regulatory process by forgoing a notice and comment period during finalization of the law.

After the Texas ruling, a statement was issued by the Centers for Medicare & Medicaid Services (CMS) and the Department of Labor that they were taking down the IDR guidance and revising it based on the Texas court order. Still, our advocacy work is not over, and our ACEP lawsuit is one of five similar cases still pending.

So, you now see all of the hard work it takes to get Capitol Hill to listen to us, much less consider our stance on policies that directly affect our daily practice and livelihood.

Now, more than ever, we need to band together with our other physician colleagues to present a unified voice and prevent insurance companies from further profiting to the detriment of our patient’s pockets and our financial security.

How can we, as individual ACEP members, help the cause?

We at ACEP surely hope that this lawsuit helps alter the No Surprises Act implementation to accomplish the original goal of protecting patients in their greatest time of need, without disregarding the fair reimbursement of physicians for the benefit of insurance company profiteering. 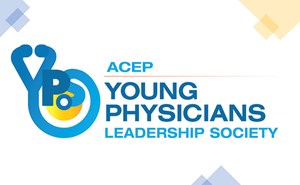 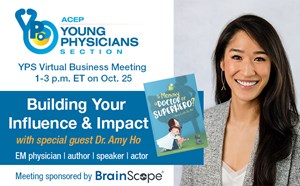