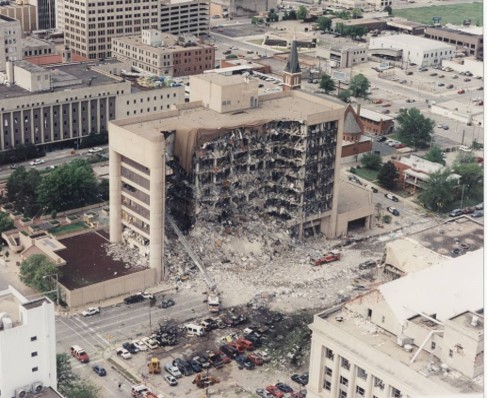 Advances in Response to Collapse Disasters

It has been 40 years since the devastating 1981 walkway collapse of the Hyatt Regency Hotel in Kansas City, Missouri which left 114 dead and 216 injured. While the dust, deformed metal, and concrete ruins echo the same wreckage seen in subsequent collapse disasters, images from that fateful day reflect some of the many changes in disaster response. Immediately one can notice a deficiency in personal protective equipment. Universal Precautions was first adopted in 1985, primarily in response to the HIV/AIDs epidemic. As such, First Responders seen in photos lacked gloves for simple blood and body fluid protection. The scene is also devoid of modern, well-known personal safety equipment including helmets, safety glasses, steel-toed boots, and long-sleeved shirts. Important disaster concepts grew from this experience. One of the most crucial concepts recognized was that during and following disaster response the mental health needs of First Responders is paramount. In a recent kctv5.com article, Vince Ortega, a then 26-year-old Kansas City police officer reported his experiences, "When I went in, I saw a dead body right away. The rubble had flattened the body out. I could tell it was a woman because she had a dress on." "There was this one gentleman who was underneath the rubble ... 'I need help! I need help!' And he had his arm sticking out from the rubble," Ortega said. "So, my (officer) friend grabbed his hand and started to pull him out, and his arm just came off. And my friend just dropped it and walked out the door. He actually never came back -- he never returned to the police department." Several other First Responders also experienced such significant mental trauma that they abandoned their profession forever.  This brought on a realization that psychological support and critical incident debriefing are vital to the well-being of those responding to mass casualty events. In addition, the principles of creating well-developed, local, coordinated disaster preparedness arose.

1989 brought the destructive Loma Prieta earthquake that struck just before the start of game 3 of the 1989 World Series. This earthquake resulted in 63 deaths and nearly 3,800 injuries. Most of the deaths were associated with the collapses of the double-decker portions of the Interstate 880 freeway (Nimitz Expressway), killing 42 people, and of the Oakland Bay Bridge in San Franciso, leading to an additional fatality. Additional collapses of the Pacific Garden Mall in Santa Cruz and a Bluxome Street brick wall in San Francisco killed 3 and 5 persons respectively. An amazing 86 hours after the earthquake a trapped victim was removed alive boosting hope of more survivors. Unfortunately, no additional survivors were found and the person who survived an amazing 86 hours of entrapment later died one month later. This catastrophe brought the realization that volunteers could be better utilized. The implementation of an Emergency Operations Center evolved. Also, the valuable contribution of volunteer services was realized. San Francisco formed the SF CARD (Community Agencies Responding to Disaster) that connects volunteer organizations capable of providing essential emergency services such as shelter and meals with disaster victims in need.  Specialized search and rescue teams trained to respond to rescue operations in collapsed structures were beginning to be utilized in the early 1980s by the Fairfax County Fire & Rescue and Metro-Dade County Fire Departments. Following the destruction of the Loma Prieta earthquake, the California Fire Service and Rescue proposed the concept of Urban Search and Rescue (USAR) Task Forces. FEMA then created the National Urban Search and Rescue Response System, which has expanded into 28 USAR teams.

April 19, 1995, heralded a new threat with the Oklahoma City bombing of the Alfred P. Murray building. The solemn realization of intentional attacks as a cause of death and destruction from building collapse became apparent.  The blast destroyed approximately one-third of the building which housed numerous federal agencies. Several other surrounding buildings also sustained significant damage. Sadly, this event resulted in the recognition that law enforcement and crime investigation must be integrated with future disaster response and recovery training. Following this attack, The Interagency Security Committee (ISC) established security standards to improve the security of federal buildings. Technologies for victim location introduced during this disaster included listening devices and cameras. According to the after-action report by The Oklahoma Department of Civil Emergency Management, 426 people were treated at local hospitals, 344 treated and released from emergency departments, and 82 hospitalized with an additional 175 individuals reportedly treated at physician offices. By the time of the August 7, 1996, JAMA article, Physical injuries and fatalities resulting from the Oklahoma City bombing, the number of injured was reported to be 759. The necessity for accurate accounting and documentation of causalities, injuries sustained, and fatalities was evident. Again, the necessity and accessibility of mental health services during disaster response was recognized. The bombing tragedy became the catalyst for Oklahoma State University’s Unmanned Systems Research Institute to develop a drone rugged enough to withstand the harsh conditions of collapsed structure disasters and locate victims.

The 2001 World Trade Center (WTC) disaster remains the deadliest terrorist attack in U.S. history. Both the North and South Towers collapsed after each were struck by hijacked airplanes. According to CDC’s September 11, 2002, Morbidity and Mortality Weekly Report (MMWR) 16, 2002, 2,726 death certificates related to the WTC attacks were filed. Sadly, the number of survivors removed from the layers of rubble were limited to the double digits (with the quoted number varying slightly between resources).  The last survivor was pulled from the North Tower debris pile after being located 27 hours after the collapse by a search canine. A major change in disaster planning and preparation to come about after 9/11 was the creation of the National Incident Management System (NIMS). NIMs provides an adaptable and comprehensive national approach to disasters that can be scaled to disasters of various magnitudes and types. NIMS also supports cooperation across public and private agencies. Again, the importance of community responders was recognized, and President Bush established the Citizen Corps. The Citizen Corps initiated Community Emergency Response Teams (CERT Teams) which improves community resilience through preparedness education and disaster response.  Adverse health effects associated with the disaster environment was also recognized. This included early and long-term health conditions associated with exposure to toxins present at the WTC. This resulted in the James Zadroga 9/11 Health and Compensation Act of 2010 (Zadroga Act) becoming enacted into law. In addition, the WTC Health Program and Victim Compensation Fund (VCF) was created. The importance of properly fitting respiratory protection is now widely accepted.

Above are just a few of the advances made following the above events and certainly many other insights and improvements have occurred as well. Moreover, the disaster community will continue to evolve to better our response efforts.  No doubt that the recent collapse disaster at Surfside Florida will bring about more advances from lessons learned in the rescue efforts at the Champlain Towers. These improvements reflect the important contributions from the disaster medical community and insights gained from the work that disaster responders and specialists continue to provide. Our continued progress will further help us to meet the needs of our communities, first responders, healthcare workers, and patients.