Lymphatic Malformation: A Rare Cause of Pediatric Abdominal Pain

The clinical presentation varies depending on the location and size of the malformation. Most malformations are painless masses and may be incidentally found on imaging obtained to evaluate other complaints. However, the most common presentation is abdominal pain with possible palpable abdominal mass that may be tender or nontender causing a partial small bowel obstruction.4,5,8 Symptoms suggestive of an acute abdomen, including abdominal pain, abdominal distension, emesis, constipation, ascites, palpable mass, or fever.8,9 In a case series of twenty-one children, the mean time between initial presentation of symptoms and diagnosis was 27 days and 10 patients presented with acute symptoms.4 Retroperitoneal lymphatic malformations may cause ureteric obstruction and hematuria.7

Imaging results can suggest a diagnosis of lymphatic malformation and aid in accurate surgical planning. Lymphatic malformations appear as solid multilocular masses and often contain multiple anechoic cystic spaces on ultrasonography. Lymphangiomas may contain echogenic debris or homogeneous fluid, and ultrasonography can help differentiate lymphangiomas from simple mesenteric cysts.10,11 On CT, multilocular lymphangiomas are septated and the fluid is usually homogenous with low attenuation values. Intravenous contrast enhances the walls and septa of the malformation.4,10 Negative attenuation values may indicate presence of chylous fluid. Other uncommon findings on CT include hemorrhage or calcifications. Magnetic resonance imaging reveals fluid that is hypointense on T1-weighted images and hyperintense on T2-weighted images. Heterogeneous signal intensity can suggest chylous or hemorrhagic fluid.

The diagnosis is confirmed after surgical excision and histopathological evaluation. Complete surgical intervention for removal should be emergently performed if there is severe abdominal distension, volvulus, or peritonitis caused by torsion or rupture.12 A complete resection rate of 82% has been reported in children and rarely require partial bowel resection.7 Elective surgery is acceptable if a child’s abdominal pain cannot be managed with conservative therapy.12 Percutaneous image-guided intralesional sclerotherapy has been shown to be effective as primary intervention in children with intra-abdominal lymphatic malformations.13 However, it is limited to few pediatric institutions at this time and further studies are required to evaluate for complete resolution and recurrence rates. Recurrence after resection is unlikely in children within two years and usually do not require repeat exploration.

Although lymphatic malformations are rare and usually do not manifest as acute abdomen, they should always be considered in the differential diagnosis in a previously healthy child who presents with abdominal pain and palpable mass. 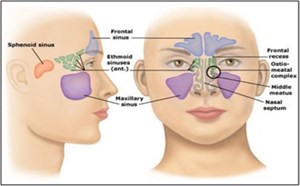