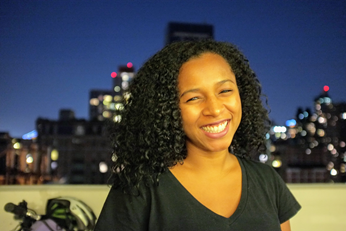 21st Century Cures is Here! On April 5, 2021 a key component of the bipartisan 21st Century Cures Act took effect, mandating that healthcare organizations and providers give patients “ready access” to their clinical notes and test results. The term for this real-times access is known as OpenNotes. For many patients this means their discharge summaries, lab results, admission notes, clinic notes, ED notes and more will be accessed via a digital platform. This means that a patient may see their CBC result before their provider. They may also view their ED provider note right after it’s signed. This real-time access has brought many questions to the forefront for providers such as: should providers censor their notes? Should we implement a delay or “cognitive pause” for notes to be finalized before released to patients? What are the penalties/liability for delaying access to information - an issue that has been termed “information blocking” under the Cures Act? Are patients even reading their notes? ACEP surveyed its membership on the topic of 21st Century Cures, and we were somewhat surprised by the feedback.

Half of the respondents had no special instruction from their institution on 21st Century Cures, and what it would mean for their practice. 2/3rds of ACEP members reported cases where patients knew their results, such as imaging or labs, before their providers could discuss it with them. Over half of the respondents said, in their ED, notes were shared immediately upon signing and 25% said that they didn’t know when notes were shared with patients.  Others said that notes were shared upon ED discharge or 48hrs after discharge. The majority said that their organization did not notify them when a note had been viewed by a patient. Many were concerned that patients could learn potentially distressing information from a portal instead of a clinician. Surveyed members also reported ED visits where patients had been concerned by a marginally  “abnormal” result that was not clinically meaningful, but were concerned.

There are times where blocking the release of notes is permissible, but 2/3rds of surveyed members had no idea when and how to claim an exemption for information blocking. For example, certain populations such as teenagers with an ER visit for an STI or pregnancy concern can have their notes blocked primarily so that a parent can’t see this information.  The rules regarding when notes can be blocked could be clearer, and don’t seem to cover preventing emotional harm to the patient. For this reason many clinicians are concerned that they may incur penalties for blocking notes.

On the other hand, just as many ACEP members are concerned that sharing information with patients may open them up to more liability. With patients being able to critique every aspect of their notes, many clinicians have said they have changed the way they document - by spending more time documenting with the sensitivity of the patient in mind but at the expense of the note being less informative for fellow clinicians. They commented that it becomes a struggle trying to document for multiple audiences - medicolegal, billing, compliance, fellow clinicians, and now patients. There are concerns that despite prior evidence primarily done in the outpatient setting showing that OpenNotes improves trust and communication between patient and providers, many ED providers are concerned that it may further splinter the already fractured nature of ED care. The survey also captured anecdotal stories from ACEP members. One clinician shared how a patient found out about a 2nd trimester pregnancy loss on her phone instead of hearing it from a person, and how heart-breaking it was for the patient to get bad news in this way.

Some of the key points we have realized from this feedback is that clinicians need more education and clear guidance from their leadership about OpenNotes. The HIT committee produced a webinar which helped to bring to the forefront the uncertainty about OpenNotes and help elucidate some answers. In addition we produced an article for ACEPNow which gives further guidance on this topic. Dr. Don Rucker, former National Coordinator for the Office of the National Coordinator (ONC) has drafted a pair of articles for Annals of Emergency Medicine.  The next step moving forward is to gain more clarity from those making the decisions about OpenNotes. The ONC is planning a webinar for 9/14. We are also expecting an update from the Office of the Inspector General surrounding the penalties for information blocking. The Cures Act is here, but the conversation is just getting started - so stay tuned! Things You Can Do on Your Own - EPOWERdoc