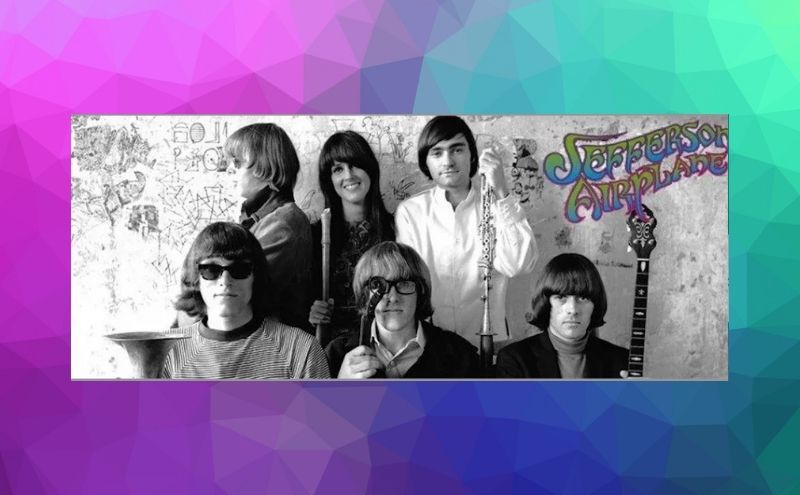 And the ones that mother gives you, don't do anything at all

And if you go chasing rabbits, and you know you're going to fall

Tell 'em a hookah-smoking caterpillar has given you the call

He called Alice, when she was just small

And you've just had some kind of mushroom, and your mind is moving low

When logic and proportion have fallen sloppy dead

And the White Knight is talking backwards

And the Red Queen's off with her head

Remember what the Dormouse said

Any discussion about substance use and abuse in popular culture must to include an obligatory analysis of WHITE RABBIT by Jefferson Airplane. It was written during the winter of 1965-66 by Grace Slick and her brother on a piano she bought for $50 that was missing “8 or 10 keys” according to Slick, who said she didn’t mind because she could “hear the missing notes in her head.” I never got the appeal of this song. For me, it has a funereal quality, a hypnotic dirge.

Interestingly, Slick has said that she wrote the song after an acid trip while listening to Miles Davis’ SKETCHES OF SPAIN for 24 hours straight and the drumbeat marching sounds very much like the Spanish steps heard in CONCIERTO DE ARANJUEZ although I can’t condone a comparison between the two songs.

CONCIERTO DE ARANJUEZ is a brilliant example of classical Spanish guitar written by Joaquin Rodrigo, in 1939 at the end of the Spanish civil war. Rodrigo was a pianist, blind since the age of three years, who never played classical or flamenco guitar but was able to compose one of the most powerful and romantic guitar concertos of the 20th century.

When Davis recorded the concert in 1960, Rodrigo was reportedly irate that Columbia Records never asked his permission (or paid any royalties) and he felt the jazz/pop interpretation was a blasphemy against the classical guitar composition. So, Miles Davis appropriated from Joaquin Rodrigo and Grace Slick appropriated from both Miles Davis and Lewis Carroll.

Slick also has said that the song’s tempo was influenced by Ravel’s BOLERO in that it is essentially one long crescendo and the music, coupled with the lyrics suggests the sensory distortion experienced with hallucinogens.

In my opinion, WHITE RABBIT is a fairly unimaginative pop psychology interpretation of ALICE IN WONDERLAND with acknowledgements to the titular character, the hookah-smoking caterpillar, the White Knight, the Red Queen and the Dormouse.

The original song was over six minutes in length but the version that appeared on SURREALISTIC PILLOW was cut to two and a half minutes at the urging of Sly Stone, one of the many Bay Area musicians that contributed to the evolution of the song. The song gained notoriety because it was the first pop song allegedly and nakedly about the hallucinogenic experience that was played on Top 40 radio and so was extremely controversial and subversive.

Slick has said that the song is about “following your curiosity” and in the late ‘60s young people were curious about drugs. Slick and company encourage young people to “feed your head” and indulge in psychedelics and while America was racing to explore outer space, instead, young people should explore “inner space” - the frontiers of the mind.

For Slick and Jefferson Airplane, drugs are an invitation to mind-expansion, social experimentation, and exploration of the pleasures of psychedelics for the young generation of the 1960s and the song became a kind of anthem for “love, peace and LSD” according to lyricist Marty Balin. As Balin poetically put it “It was timely for the ear. The myth, the idea, the acid.”

Curiously, Slick has said that the song is a polemic against bad parenting and the idea that parents would read books to their children like ALICE IN WONDERLAND or PETER PAN and then wonder why their children grew up to take drugs.

In 2016, at the age of 76, Slick blamed teenage drug use on “lousy parents and their glasses of scotch.” She said in an interview with the Wall Street Journal “They also seemed unaware that many books they read to us as kids had drug use as a subtext. Peter Pan uses fairy dust and can fly, Dorothy and her friends in “The Wonderful Wizard of Oz” cut through a poppy field and wind up stoned and fast asleep.”

It’s easy to dismiss Grace Slick as an opportunist and a hypocrite, given the trajectory of her career after Jefferson Airplane. The second incarnation of the band, Jefferson Starship, was arguably one of the worst offenders of the synth-pop that saturated Top 40 radio in the 1980s and 90s.

I was stationed in Okinawa, Japan with the US Navy in 1995 and dispatched to the local airport to retrieve an arrival. As I waited for my assignment I noticed a small commotion and a group of people pushing their own musical instruments and amplifiers through the tiny airport in Naha looking for a representative of the Marine Corps MWR to give them a lift to their gig at the all-hands club on Camp Foster. It was Jefferson Starship with their new lead vocalist Mickey Thomas. No roadies, no stage crew, just a bunch of tired-looking really old rockers pushing their equipment along by themselves. By that time the band had devolved into accusations of trademark infringement, copyright violations and lawsuits. I didn’t attend the free concert at the all-hands club.