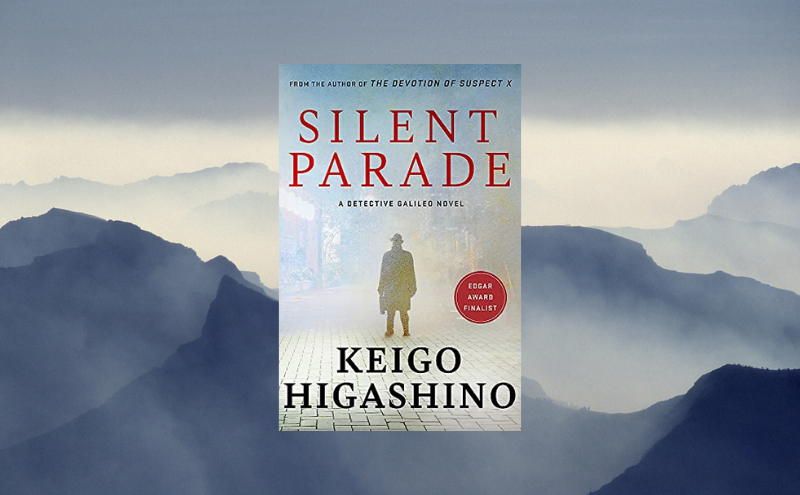 Silent Parade is the 9th book in the “Detective Galileo” series by author Keigo Higashino but only the 4th to be translated into English. It has all the tropes and traps of the other murder-mystery books in the series, along with some new twists and turns.

In this novel, we have another “locked room” murder - a person is murdered and the body is found in a room that’s been locked from the inside - how did the murderer commit the crime? How did he (or she) escape from the room? Were they ever in the room at all? Was the crime committed somewhere else and the body transported into the locked room and left there?

The Japanese mystery writers are brilliant at this kind of logic puzzle and it’s a great deal of fun matching wits with the detectives in the novels and trying to solve the mystery before the end of the book.

Detective Galileo is not an actual detective - he is a physics professor at a local university who has an uncanny knack for getting called in to help solve the most baffling crimes. He made his first appearance in The Devotion of Suspect X, one of the best murder-mysteries ever written. It became such a hit, there are two different movie versions in Japanese and one in Korean. It spawned a series of novels and a Detective Galileo TV series that occasionally is shown on Amazon Prime.

Silent Parade isn’t as good as The Devotion of Suspect X, but it’s better than some of the other Detective Galileo stories out there. Because it’s murder, many of the stories revolve around poisoning, but in very unusual and creative ways - for instance, in A Midsummer’s Equation from 2016, Detective Galileo has to figure out how a man found on a beach died from carbon monoxide poisoning.

In Silent Parade, the victim is a detestable individual, a suspect in two murders - a man with many enemies who is found dead in a locked room with no marks anywhere. Detective Galileo must deduce how the man was killed and which of the many suspects had the means and the will and motive to execute the murder.  I’ll give you a hint - it involves a gas, but not any of the ones you would typically think to use in an asphyxiation murder.

There is lots of deductive reasoning and vapor physics and autopsy-related conjecturing and interrogation and Japanese police cultural and procedural insights scattered throughout the story so fans of detective stories and murder mysteries will have plenty to sink your teeth into and toxicology/emergency medicine fans will enjoy the discussions about different methods of poisoning that might have resulted in the murder.

Silent Parade isn’t as nail-biting as the other books in the series because the main antagonist is already dead and Detective Galileo merely has to unravel the mystery of the murder.

If you are new to the series, I’d recommend starting with The Devotion of Suspect X - it’s more cat-and-mouse, battle of wits with two geniuses trying to out-think each other and anticipate each other’s moves. The ending is an absolute stunner - I never saw it coming and the last page of the book lands like a ton of bricks. I re-read it about ten times.

Book Review: Flowering of the Bamboo