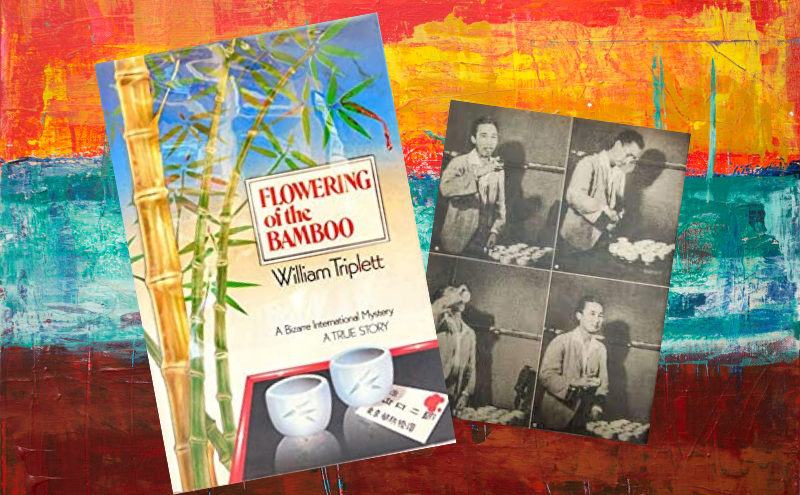 Book Review: Flowering of the Bamboo

On January 26th, 1948 a man dressed as a government health official walked into a bank in Tokyo just after closing and introduced himself as an epidemiologist and health inspector from the district health surveillance committee and he had been sent by the American forces. He explained that there was an outbreak of dysentery in the neighborhood (a real concern in postwar Japan) and he was there to administer medicine to the employees of the bank.  The man was wearing an armband from the Ministry of Health and carried a briefcase with two bottles labeled “Medicine #1” and “Medicine #2” written in English. The man applied two drops of Medicine #1 to his own tongue and drank a cup full of Medicine #2. The employees all lined up and the man applied two drops of Medicine #1 to each of the sixteen employees (including several of the janitor’s children) and exactly one minute later, had each person drink two cups of Medicine #2. Within minutes, each employee was writhing on the ground, vomiting and each one quickly died. The man calmly collected his belongings as well as 160,000 yen (about $2,000) but left over 300,000 yen on a table and left. Altogether, twelve of the sixteen people died. This is the beginning of one of the greatest unsolved mysteries and murders of the twentieth century.

There have been many Japanese books and articles and even a 1964 movie about the Teigin ginko poisoning but very few English-language explorations of the event. In 1985 an investigative journalist named William Triplett learned of the incident. Triplett couldn’t understand why the man who had confessed to the crime had been sitting on death row for 30 years so he began his own investigation which is detailed in the book Flowering of the Bamboo. Triplett gained access to numerous American government documents that had been declassified in the 30 years since the occupation and the incident. He also interviewed numerous individuals involved in the crime and investigation. What he found led him on an incredible chase down 30-year-old rabbit holes and he uncovered disturbing evidence of police incompetence, forced confessions, torture and cover-up at the highest levels of both the American occupying forces and the Japanese Imperial government. 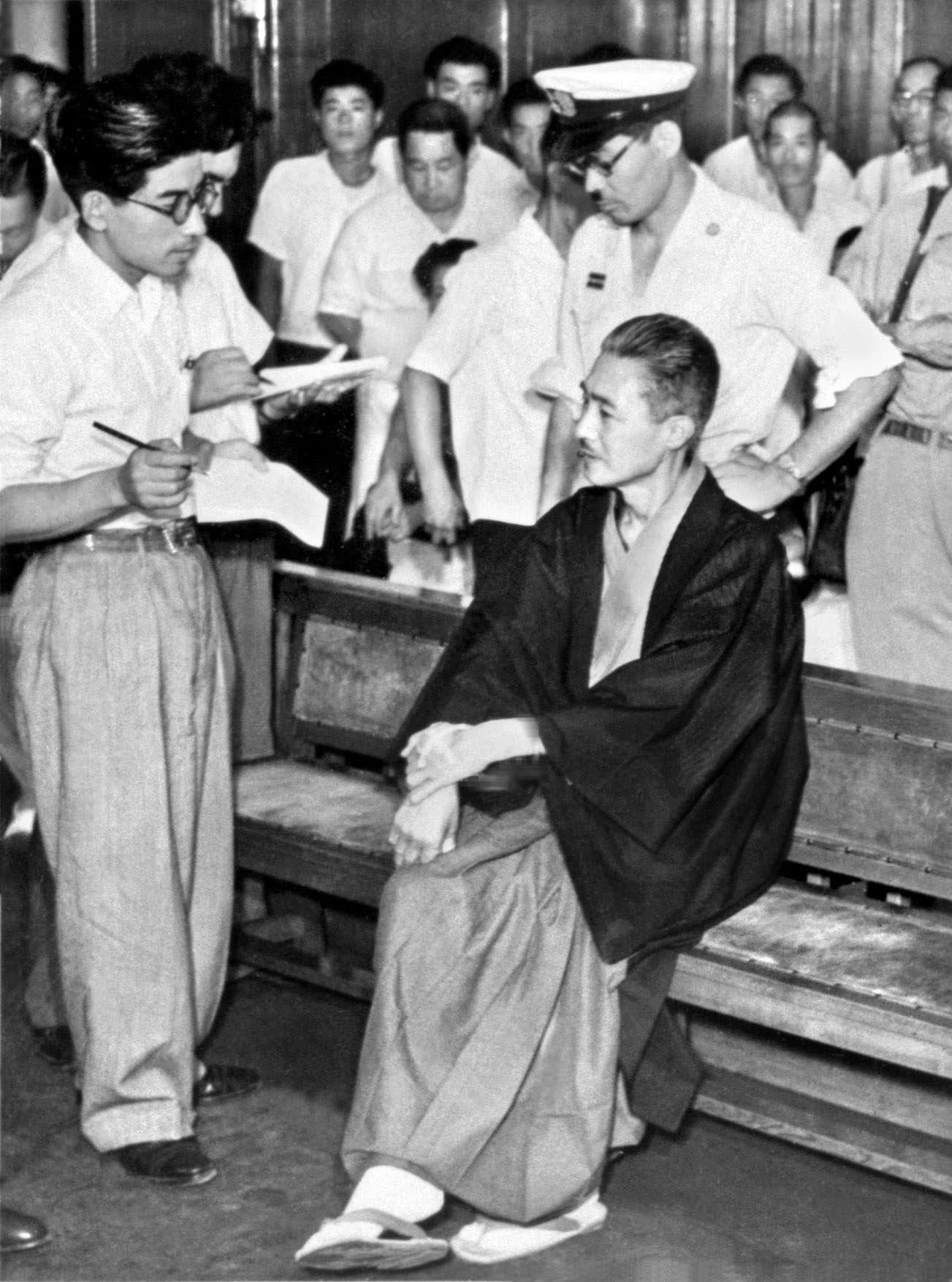 The poison that was used in the bank murders was probably hydrogen cyanide, though no trace of the poison was ever identified in any of the victims. Why wasn’t the murderer affected by the poison that he ingested himself? The four surviving victims all remember that when the man pulled off his own dose of Medicine #1, he used a pipette to draw from the very top of the liquid. For all the doses he gave to the bank employees, he plunged the pipette to the bottom of the bottle where a chalky white substance had precipitated. Hydrogen cyanide is a weak acid that is soluble in water but can be made to precipitate when acetone or ethyl alcohol is added - the poison crystals will sink to the bottom. In the hands of an expert, a very small dose of the mixture containing prussic acid (hydrogen cyanide) could conceivably be ingested (as in the tactical demonstration by the “health inspector” to the bank employees). Only a very few people would know how to handle poison this way which pointed the finger directly at the veterans of the infamous Unit 731 Japanese covert biological and chemical warfare research and development unit of the Japanese Imperial Army which operated in the Pingfang District of the Manchuko Province in Northeastern China during the Sino-Japanese War and World War II. This is where the cloak-and-dagger cover-ups and high-level chess games begin.

Triplett uncovered a massive plan to protect the mad scientists and officers of Unit 731 in exchange for their knowledge of poisons and torture, which the occupying forces wanted to keep from Russia. Seven months after the poisoning, an artist was arrested and held for weeks and subjected to over sixty days of continuous interrogation until he finally confessed to the murders. In his confession, Sadamichi Hirasawa stated he had taken 15.9 grams of potassium cyanide (not hydrogen cyanide) and mixed it in 80mL of water and from that mixture he gave each victim a 5mL dose, which amounts to approximately 1 gram of potassium cyanide per person - a dose so lethal, anyone ingesting that much would be dead before they hit the floor. The problem with the confession is that, as far as anyone knows, Sadamichi Hirasawa was a gentle tempura artist who painted landscapes and an occasional portrait. He was arrested on the flimsiest of suspicions (a missing business card and a stash of money for which he provided no explanation) and had no knowledge of poisons or murder. Almost as soon as he made the confession, he recanted it and spent the next 32 years on death row protesting his innocence until he died of pneumonia in prison in 1986.

Flowering of the Bamboo is a scathing examination of the Japanese justice system that, despite the efforts of defendant advocacy groups, hasn’t changed all that much since the end of WWII.