Behind the Scenes: Poison Control Centers Outside the United States

Poisoning is a major global public health issue. According to the World Health Organization (WHO), an estimated 193,460 people worldwide die from unintentional ingestion of poisons annually.1 Of these deaths, 84% occurred in low and middle-income countries. The incidence of poisoning in India ranks among the highest in the world.2  According to the National Poisons Information Center (NPIC) in New Delhi, it is estimated that more than 50,000 people die every year in India from poisoning.3

Sriram Venkatesan, a 4th year medical student, visited one of the largest poison control centers in India in February 2020 to investigate their onboarding process and how they function differently compared to the United States of America (USA), and to learn more about the patient population.

The poison control center at the Rajiv Gandhi Government General Hospital (RGGGH), located in the state of Tamil Nadu, is a one-of-a-kind facility in the public health system. The RGGGH was constructed in 1664 by the British East India Company, and it is the first medical institution ever built in India. The poison control center at the RGGGH was established just twelve years ago and handles approximately 3,000 cases a year, from snake bites and scorpion stings to pesticide ingestions. According to Dr. Rajendiran (February 2020), deputy director of the center, “This is the highest tertiary care facility in the state, so most of the cases we see are referrals from other hospitals, and being a government-run hospital, all services are free of cost.” The poison control center is manned around the clock throughout the year by an on-call nephrologist, internal medicine resident, two medical student interns, and specialized nurses who oversee a 20-bed ward for the critically ill. The department also consists of a hemodialysis and plasmapheresis unit, a laboratory, and an antidote bank. The antidote bank contains antivenom for the most common venomous snakes in India; however, it only has antidotes for about 40% of the toxins.  Exposure to the remaining 60% is treated symptomatically.

When speaking with Dr. Raghunandan (February 2020), the director of the center, he stated that of the vast array of poisonings encountered, organophosphorus compound (OPC) and yellow oleander (Thevetia peruviana) poisonings are the most commonly seen cases at the center and are mainly the result of intentional ingestion of pesticides and poisonous seeds in rural areas.  Cases from more urban areas often involve toilet cleaners, mosquito repellents, rodenticides, hair dyes, nail polish removers, and tablet overdose4. According to India’s National Crime Records Bureau (NCRB), 26% of the suicides in the country were from consuming poison and Tamil Nadu had the second-highest number of suicides in the country at 16,122 during the year of 2019.4

Unlike the USA, India lacks a universal poison control toll-free number. Instead, each poison control center has their own local number. The call center at the poison control center in RGGGH is staffed by nurses, pharmacists, and on-call physicians. Similar to the USA, this service is generally available to both the public and medical professionals to answer any questions and offer specific medical guidance on a case-by-case basis.

Poisoned patients arrive at the hospital through India’s contracted, developing nationalized EMS system, 108 (similar to that of 911 in the USA), and are received in the emergency department, where they are triaged. Based on the type of poisoning, gastric lavage or skin decontamination may be performed and the patient is resuscitated. After the patient is stabilized, they are transferred to the ward inside the poison control center for further management. Based on the poisoning, other specialties including cardiology, neurology, and gastroenterology may be consulted for the patient during their stay at the hospital.

While this center is certainly well-staffed and operates in a way comparable to many institutions in the USA, India still lacks a universal infrastructure of poison control centers in every state. Most of the centers currently present are concentrated around major cities and academic institutions which can be difficult for people from smaller towns and rural areas to access. Further efforts in toxicology and public health are needed to bring these resources to the rest of the country, where they are sorely needed.

Poisoning, intentional and unintentional, is a major public health issue across the globe, especially in developing countries.

Organophosphates and yellow oleander, along with snake envenomations, are among the most common poisonings in Tamil Nadu, India

An individual poison center in India may have similar resources and staffing as ones in the USA, but they are not as interconnected. 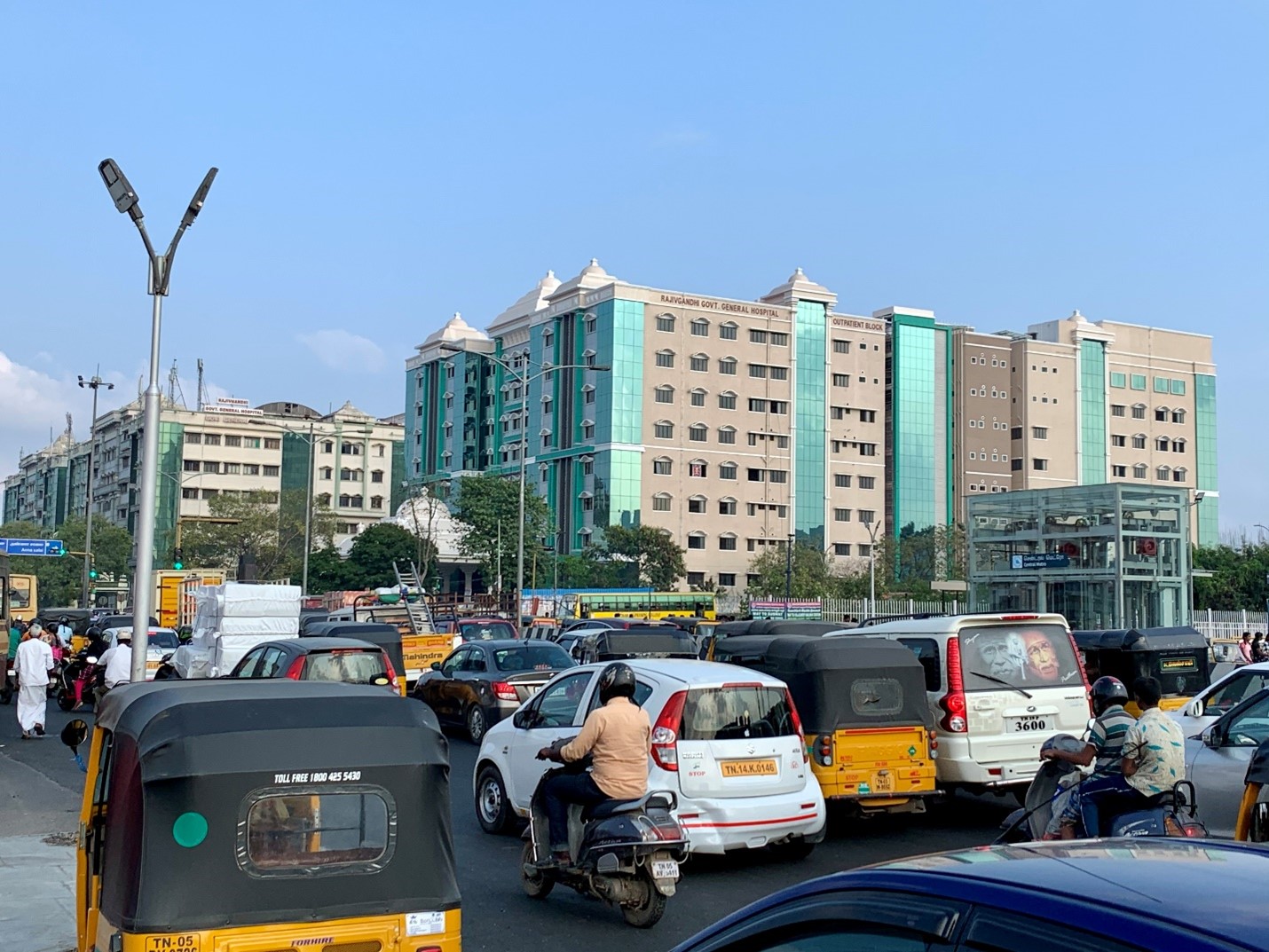 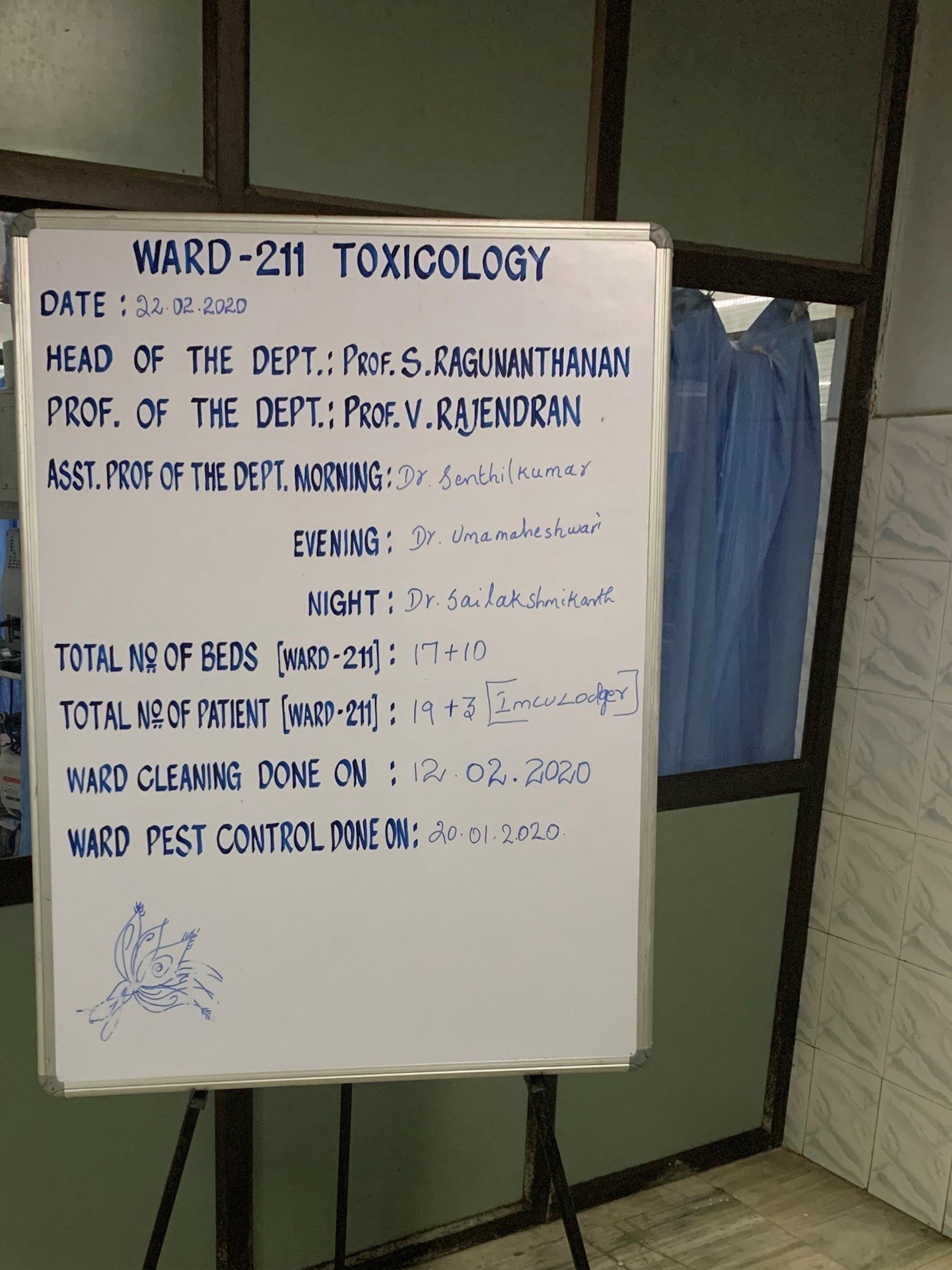 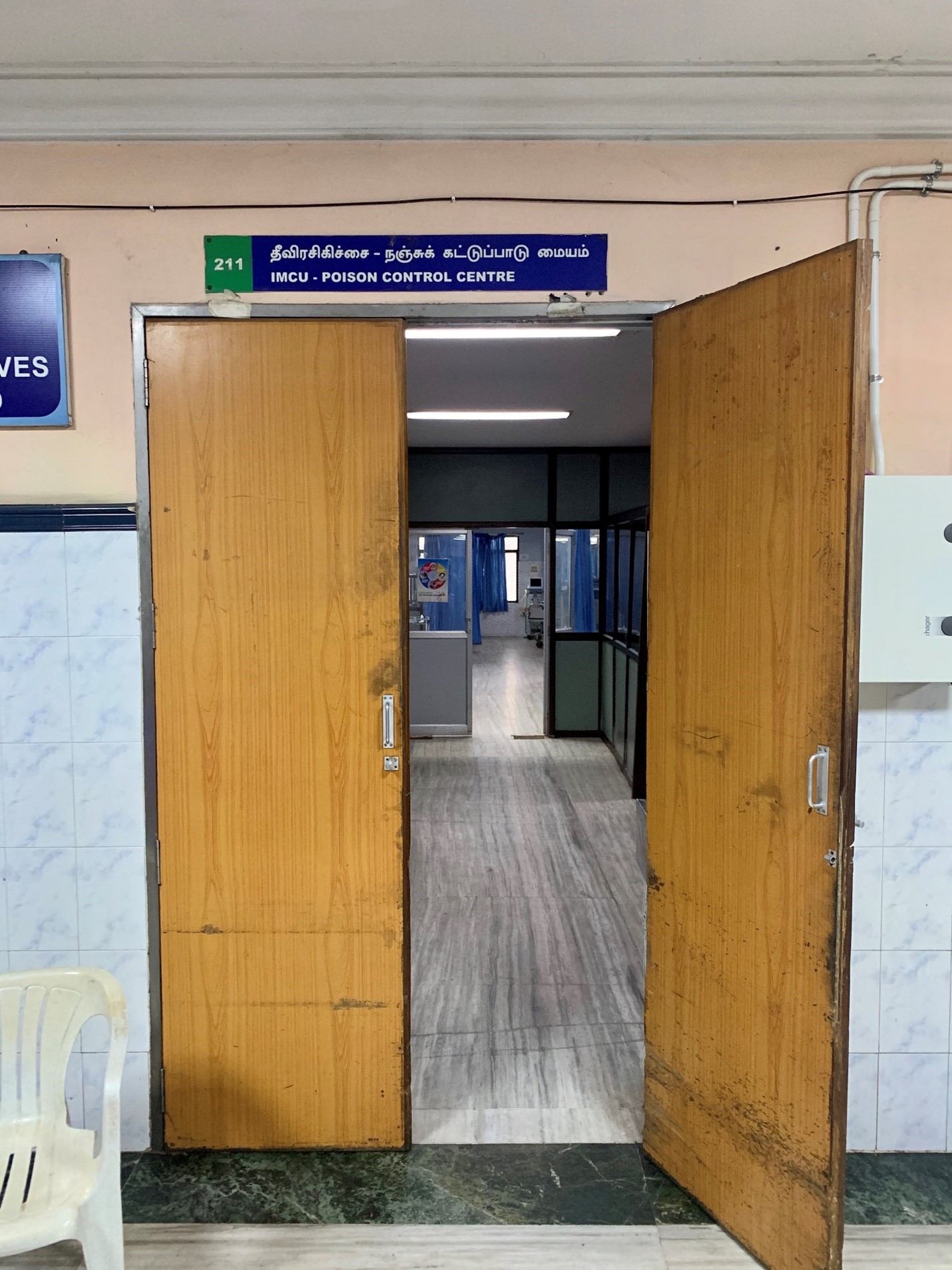 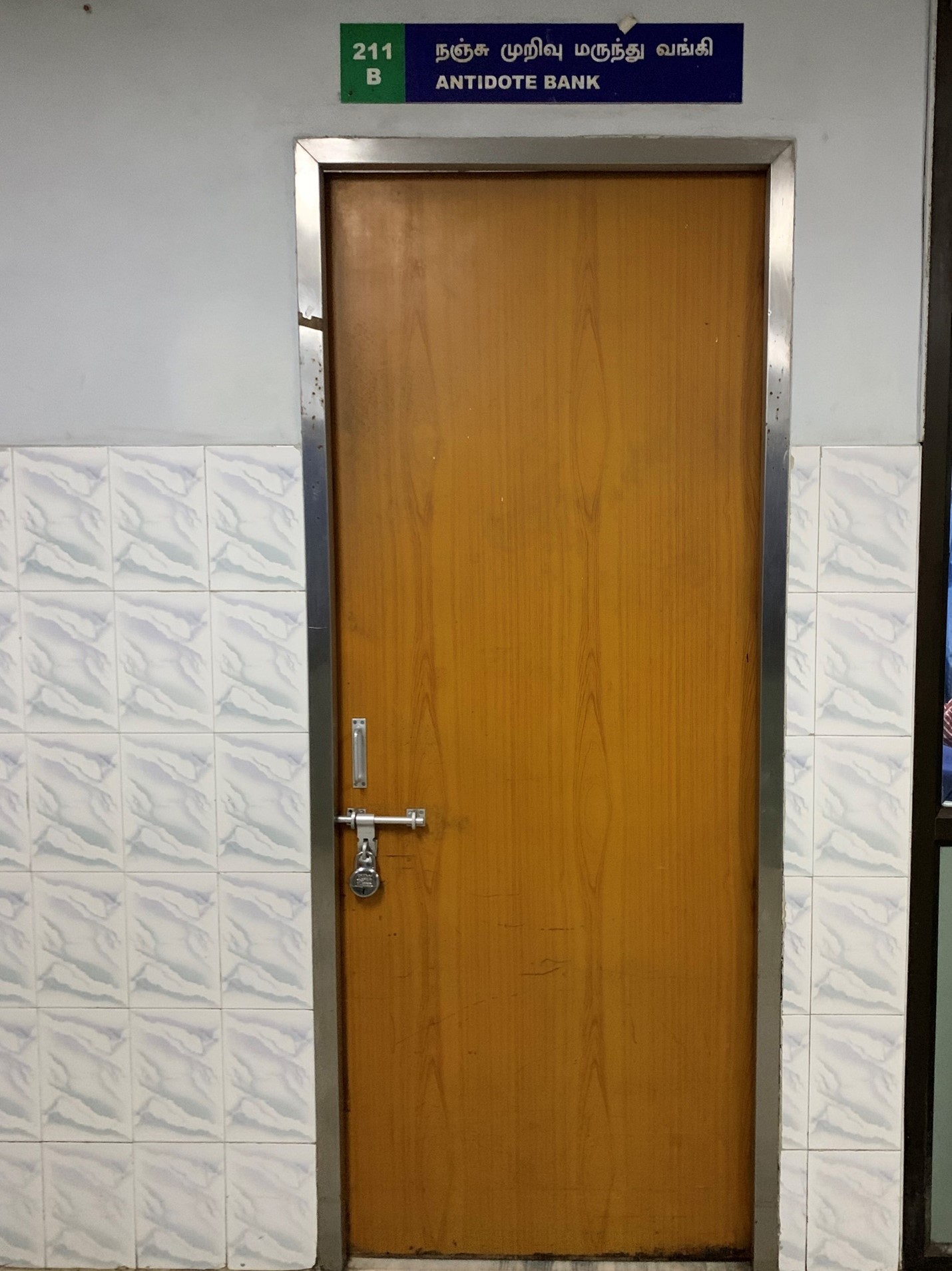 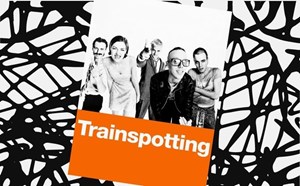