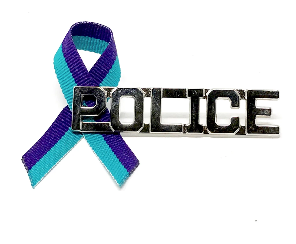 According to a 2019 CDC study, suicide is a top-ten leading cause of death for all age groups in the United States.[i]  Public safety officers, particularly those in law enforcement, are at a considerably higher risk of suicide. A recent study concluded that LEO officers have a 54% increase in suicide risk compared to civilians.[ii] This article summaries the available analytics on LEO suicide and known risk factors, as well as points out the limitations of data collection on this topic.

Law enforcement is recognized as  a dangerous profession in comparison to a typical civilian job. However, the cause of many LEO fatalities may be surprising. Multiple studies have proposed that more law enforcement officers die from suicide than by any other fatal incidents that occur in the line of duty. Data from the US Department of Justice and BLUE H.E.L.P. from 2017-2019, suggests that officers killed by suicide surpassed the deaths caused by accidental and felonious events.0

Recent studies have determined that the following risk factors may contribute to increased suicide rates in law enforcement[i]:

Predictably, exposure to traumatic events at work is associated with increased risk of suicide. The stress caused by constantly experiencing such events has been shown to increase risk of mental illness, substance abuse, and in turn, suicidal ideation. Recent research suggest that police officers and firefighters have a fivefold increase in PTSD and depression rates compared to civilian rates.[ii] Additionally, witnessing a suicidal attempt on duty has been shown to increase the risk of subsequent suicidal ideation of those first responders involved.

A study in 2012 found that smaller police departments had a significantly higher suicide rate than large departments, with rates that were roughly four times the national public rate of suicide.  Inadequate budgeting for mental health assistance may be correlated with this finding. Additionally, an increased workload, decreased anonymity in smaller local communities, and lack of staffing support may result in added on-duty stressors. Finally, smaller departments may not have enough resources to vet applicants or train employees on supporting their mental health.

Law enforcement officers are mostly comprised of working-age males, a high-risk group in the public for suicide, and thus, one could predict that data would be skewed by this fact. However, the pre-enlistment training process for LEOs often identifies candidates that have characteristics associated with suicide risk in the general population, such as substance abuse or mental instability. These candidates may either be given resources to address their issue or may not be hired altogether. Therefore, it is plausible to conclude that risks factors that present after being hired are more correlated to suicidal rates in law enforcement.

More risk factors for LEO suicide may be identified in future research efforts after increased uniformity of data collection (see below).

Most suicide attempts nationally are nonfatal, and furthermore, a majority of these individuals do not die from a future suicide[iii]. The prevalence of a firearm greatly elevates the risk of completed suicide in the general population. The impulsive nature of suicide attempts combined with the lethality of firearms results in a case fatality rate of greater than 82%, significantly greater than other methods of suicide.[iv] The majority of LEO suicides occur at home, using the officer’s own service weapon.[v] 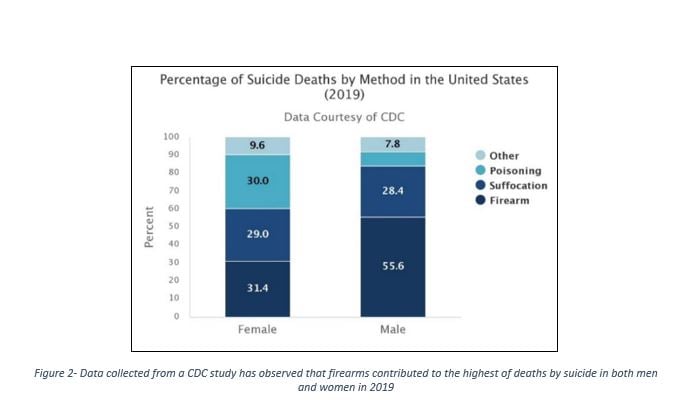 On-duty stressors have been noted to lead to social isolation as well as relationship or financial problems. Particularly, the structure of shift work has been found to be associated with suicidal ideation, potentially due to abnormal sleep routines leading to difficulty coping with stress.

An in-depth statistical review of LEO suicide is challenged by the lack of a centralized database, hindering academic efforts to identify trends. LEO suicide data has historically been collected by nonprofit institutions such as Badge of Life, Police Executive Research Forum, and Blue H.E.L.P. Although these organizations have been invaluable to the LEO community, the data reported from nonprofits has significant limitations. Importantly, the incidence of suicide may be undercounted, as most institutions receive this data from internet searches or volunteered reporting provided by family of the deceased officer. Additionally, significant knowledge gaps in demographics of suicide victims remain. Missing details regarding descriptive analysis of law officers (job title, years of service, race, ethnicity, mental health status, prior suicide attempts) challenge the ability of agencies to identify trends and improve suicide prevention programming.

However, a recent law, called the Law Enforcement Suicide Data Collection (LESDC) Act, seeks to address some of these data gaps.  Starting on January 1, 2022, the Federal Bureau of Investigation will be open for voluntary data submission from all designated law enforcement officials, with plans to publish the findings within a few months. The following information will be collected: demographics, location, occupation, method of suicide, and narrative of event.  If you are a law enforcement officer and would like to contribute information, please visit the following link:

Despite the knowledge of well-known risk factors, our understanding of law enforcement officer suicides must be significantly improved. Research efforts to combat LEO suicide have historically been negatively impacted by the lack of a centralized database. The installation of the Law Enforcement Suicide Data Collection Act seeks to promote clarity and a greater understanding of individuals susceptible to suicide in the law enforcement community. Excited Delirium for the TEMS Provider