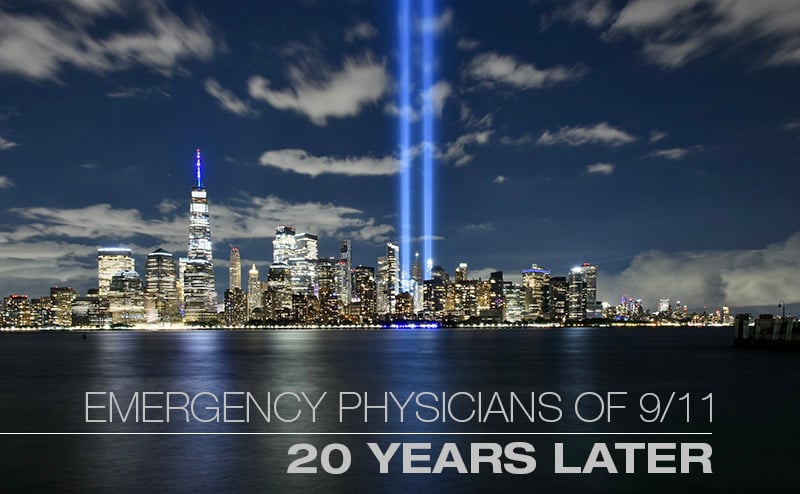 As we mark the 20th anniversary of September 11, ACEP is sharing the stories of three emergency physicians who were working in New York City that day and how those moments have affected them in the years that followed.

I was an emergency medicine resident at Jacobi Hospital in the Bronx. My friend called from the New Jersey Turnpike, describing the smoke he was seeing coming from the Twin Towers. I turned on the TV right as the second plane hit and started preparing to go in to work. I called my parents right away to let them know I was fine, and then I got the call from my chief resident: “I never wanted to have to make this call, but we need you to come in.”

Jacobi is a burn center, so we were expecting a lot of transfers. We completely cleared the emergency department, either admitting or discharging the patients, and created orthopedics and hazmat stations to prepare for anything that might come through our doors. We had everything ready, but no one came.

We waited and waited. All of the TVs were on at the hospital and we were watching the news in stunned silence, completely disheartened. It was heartbreaking to realize there was no one to save.

The streets were eerily quiet when I walked home late that night. I remember sitting silently on the phone with my now-husband. There were no words to describe the sadness of not being able to help anybody.

The next night, another resident and I decided to volunteer at the aid station right outside the major area of impact. We carried all of our own supplies as we walked on foot, showing our hospital IDs so we could enter this part of lower Manhattan that was sectioned off with barbed wire fencing and patrolled by National Guardsmen. They searched for survivors while we manned the aid station for 12 hours, ready when needed. Again, there was nobody to save.

There was a walking bridge of glass near the towers. I stood on the other side of that bridge, looking into the massive hole where the towers once stood, viewing devastation unlike anything I had ever seen or imagined. Huge fire trucks were crushed into the ground, and a thick layer dust covered everything. I will never forget the horrific smell. I couldn’t breathe; it was just so much destruction.

Twenty years later, I still haven’t gone to see the 9/11 memorial. My memories of that day, especially those moments on the bridge, are still so vivid. I haven’t wanted to go back.

As we mark the 20th anniversary of 9/11 while in the midst of this relentless pandemic, some parallels are impossible to ignore.

The moral injury of not being able to help weighs heavily on all of us emergency physicians. I’m still learning to process my own emotions because we are trained to take care of others, not ourselves. We all need time to mourn the losses we have experienced. This is not something that can be pushed away.

With both 9/11 and the pandemic, talking to people who have gone through similar experiences has been really healing. I can talk to my family about certain things, but it’s not helpful to talk to them during these big, intense situations because it freaks them out. But our peers understand what we are going through and remind us we aren’t the only ones feeling this way.

The pandemic has highlighted that what is expected of us and what we expect of ourselves is sometimes superhuman. It’s not resilience thing, in my opinion. In order to get as far as you have in emergency medicine, you already have resilience. But if you want to have a long career in this field, you have to make it a priority to take care of yourself. 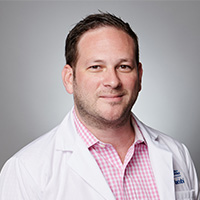 That Tuesday started like most fall days in New York - clear blue skies and a crisp breeze. I had just started my junior year at Columbia University, and I was a volunteer EMT with the Central Park Medical Unit, an all-volunteer ambulance that has provided free medical care to the millions of annual visitors of Central Park and its surroundings since 1975.

I had just returned from a run in Riverside Park when I heard a lot of sirens. Something didn’t feel right. I turned on the TV and saw the footage of the first plane hitting the towers. I tried calling the leadership of our ambulance but kept getting a busy signal. I knew help would be needed, so I immediately put my uniform on, packed a granola bar and water, and started off to our base at the Central Park Police Precinct.

I remember the scary ride in the back of a speeding police truck as we went to help at the medical stations. When we arrived at Downtown Beekman Hospital (now NYP Downtown), we were enveloped by a cloud of dust and debris.

I helped build a triage station outside the ED for the presumed wave of wounded and then was asked to move to the South Ferry Terminal where a treatment and triage center was being set up.  Patients received immediate assistance and triage to hospitals nearby or to the ferry, which took patients to ambulances waiting to then shuttle them to hospitals in New Jersey.

I took a trip aboard the ferry with several patients, including Officer DS (now a retired ESU officer). He was separated from his partner, his foot injured and having serious respiratory distress.  I gave him oxygen and albuterol, talking and trying to comfort him before transferring him to an ambulance. Nearly 10 years later, I was working an evening shift on our ambulance and bumped into Officer DS on a call. He immediately recognized me from the ferry ride and said he owed me a beer. I learned he had spent a week in the ICU following 9/11 and was eventually promoted into the elite tactical unit of the NYPD.

It wasn’t until the ride back on the ferry that the gravity of the situation finally registered. From the bow of the boat, I remember watching a squadron of military helicopters circling. Lower Manhattan was smoldering. It was terrifying.

The following weeks, many of us worked at aid stations around Church and Vesey Streets, right next to the Revolution Era cemetery where there were photos and papers from peoples’ desks still strewn about. We provided first aid, both physical and psychological, to the many people involved in the recovery efforts.

For many years, I thought of 9/11 as the seminal moment for my career and emergency medicine as a whole. Before that I had been unsure about going to medical school, but that tragic day changed my outlook. Being there for people during their worst moments after the 9/11 tragedy is what propelled me to commit to emergency medicine.

And then the pandemic happened. For the past 1.5 years, we’ve been able to be there for our patients’ worst moments. EM has led the charge in this pandemic, but we all know that we wish we could do more.

September 11 exposed so much of our vulnerability. Looking back 20 years later, I recognize how vulnerable we still are and how much further we have to go to strengthen our healthcare system and our disaster response system to equitably meet the challenges we face in the emergency department.

I also remember how strongly New York banded together and acted as one after 9/11. It felt like the city and its people were reborn like a mythological phoenix! I hope we can do the same during this current time of great turmoil and instability in our world. 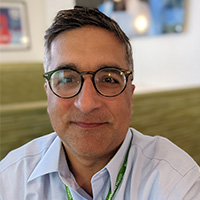 I had just begun my first year as an attending physician after completing training at Bellevue Hospital in Manhattan. I finished a late shift at Forest Hills Hospital and came home and collapsed into bed about 2 a.m., expecting to report back the next day at 4 p.m.

On Sept. 11, I woke to a phone call from my mother asking if I was OK. Walking outside my townhouse on the Brooklyn waterfront across from Lower Manhattan, I saw a plume of smoke and debris coming from the towers. I watched the first tower collapse on TV before grabbing my face covering and hopping on my bicycle, pedaling as fast as I could toward the Brooklyn Bridge. I met a huge exodus of office workers in various states of shock. Authorities told me I could not ride my bike over the bridge, but they offered to take me in an official vehicle. Dropped off in front of city hall, I was able to share a cab up First Avenue and reported to the Bellevue ED.

We were all gathered up at the hospital, waiting anxiously for the injured. We quickly realized most of our patients were the walking wounded – police, Port Authority and fire department personnel in need of a breather or treatment for respiratory/eye irritation from the dust.

The lack of patients was sobering. Twice they called for us to help with intubation and resuscitation. We rushed through the dusty streets via ambulance to the Staten Island Ferry staging area to help with a resuscitation, only to find out there were no patients. Then we were summoned near the collapse, to building #5, but was another false alarm. Soon that building collapsed as well.

It was so surreal and sad. We knew that no patients in our hospital meant many were dead. I left the hospital at around 10 p.m. and walked down to Ground Zero. I stood in ankle-deep water in front of the Millennium Hotel, watching the remnants get watered down by the fire department. A reporter came by and asked what I thought, but I didn't say much. What was there to say?

It’s been 20 years, and somehow my eyes always catch when the time on the clock reads 9:11. I think about my friend and fellow emergency physician Dr. Michael Guttenberg, who had to run from the collapse twice. He served on the scene and died in 2017 from pancreatic cancer attributed to his service. He was such a dedicated human being – I named my youngest son after him.

To this day I still live in Brooklyn and feel tied to NYC, like I need to be part of it. Those ties to the city have only been strengthened in response to this pandemic and what we’ve been through as a city the past two years. Whether it’s rational or not, I don't want to leave NYC for fear that in some way, I am being disloyal.

Considering both the pandemic and 9/11, I have realized you can’t be really prepared for a disaster. They are unique in their own ways. In both situations, I am encouraged by the very generous, resilient, and hard-working people who live and work here alongside me. 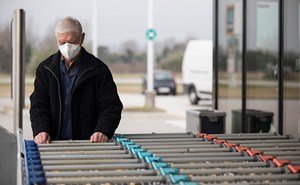 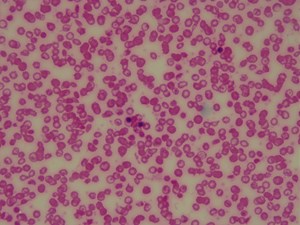