Angel’s Trumpet and Devil’s Breath: A Trip into Psychonaut Culture 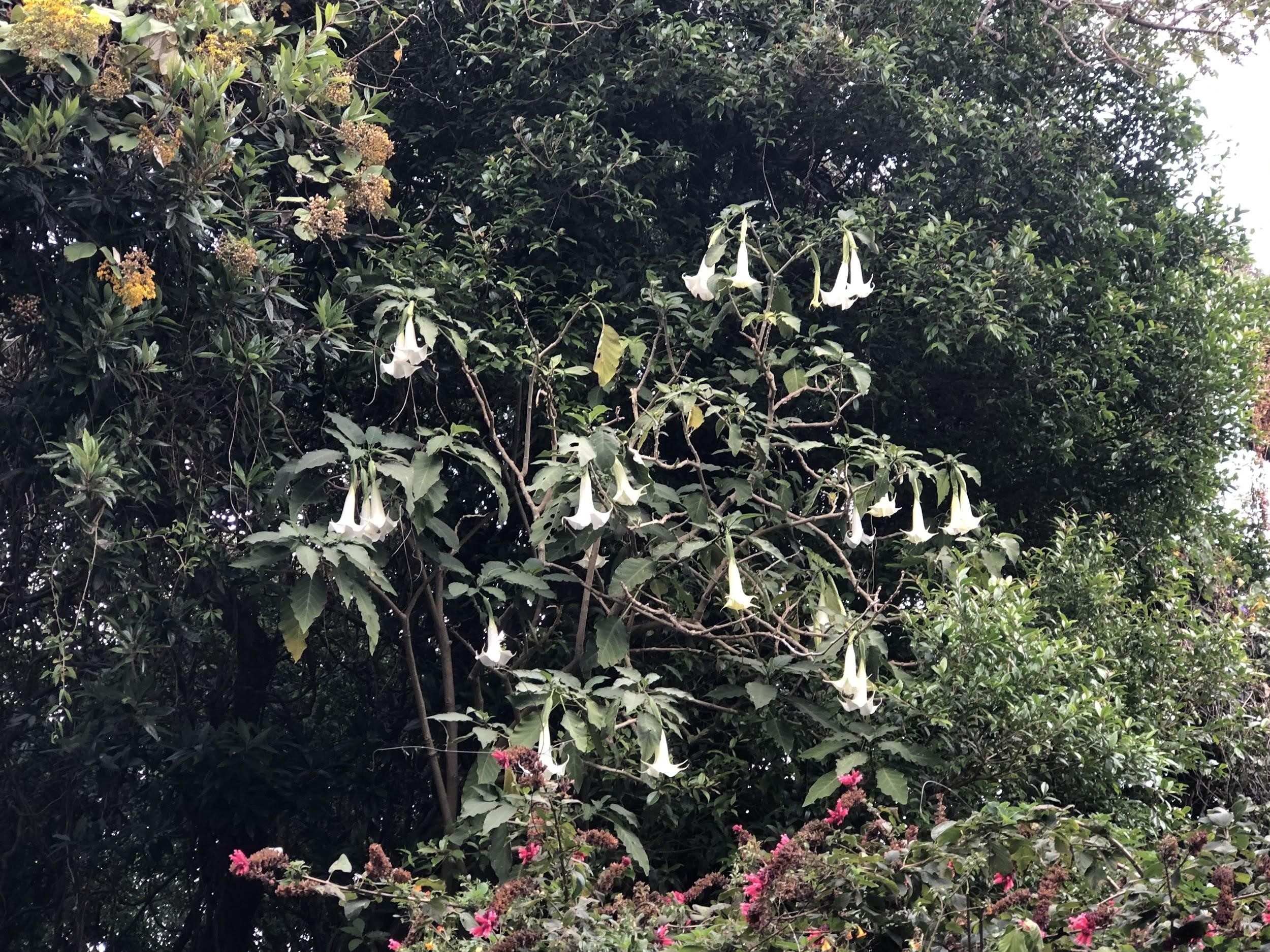 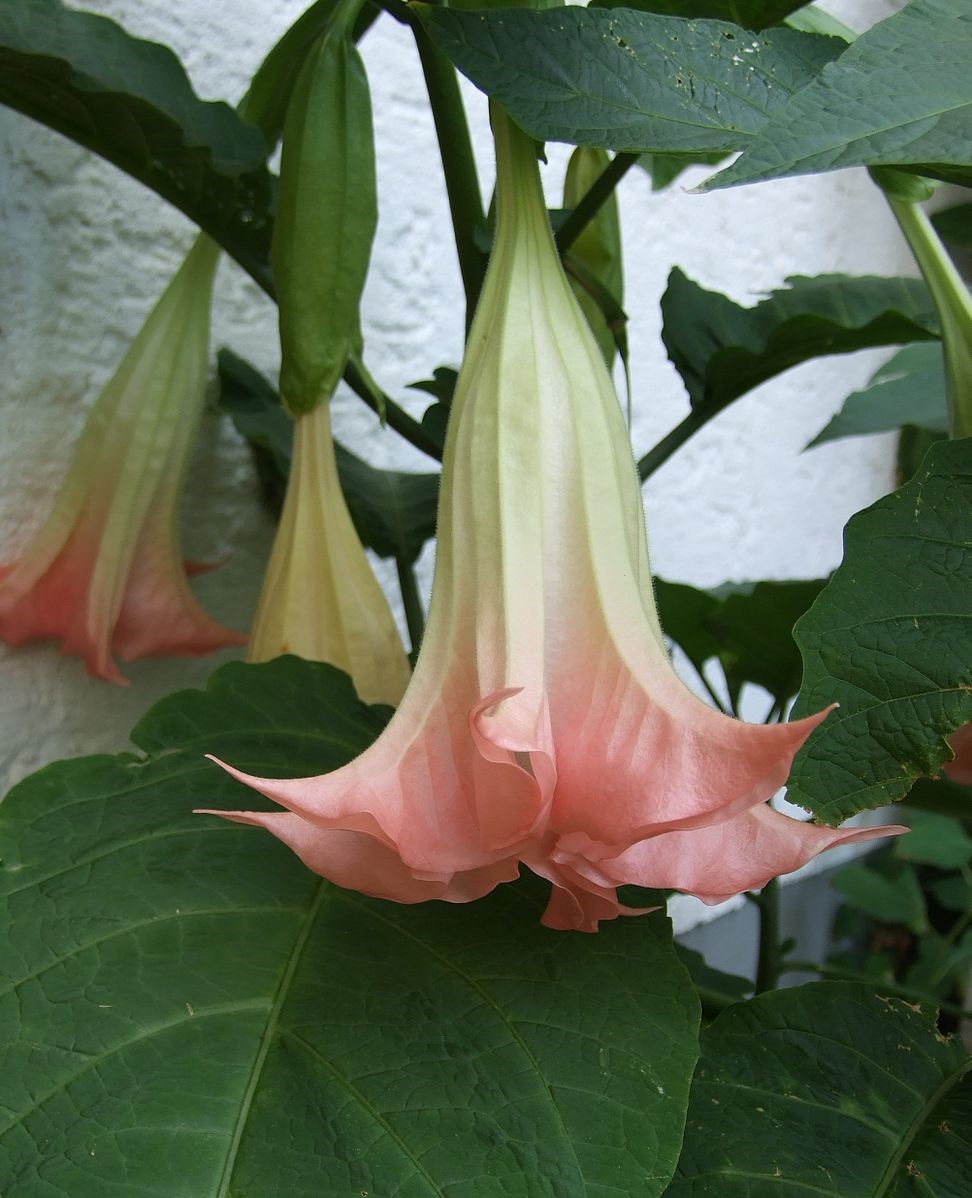 Figure 2: close-up of flower, by Dontworry is licensed under CC BY 2.0.

A 16-year-old male presented as a transfer from an outside facility with altered mental status. His mother found him 7 hours prior to arrival in the bathroom confused. He has a history of depression prescribed fluoxetine, but his mother states the pill bottle was full.

On arrival, his exam was notable for mydriasis with intact pupil reactivity, dry skin, and tachycardic in the 100s. He was awake and alert but disoriented, looking around the room and responding to visual hallucinations. He was looking at objects he reported seeing in the room while having a conversation. He also provided inappropriate answers to questions, and his speech was very soft. He was also agitated, acting aggressively towards hospital staff and unable to be redirected verbally. He had no fever, clonus, ocular clonus, or rigidity. His EKG showed sinus tachycardia with normal intervals and no QRS widening. His father arrived and reached out to his mother and friends, and it was revealed that he had taken 150 mg diphenhydramine 2 days prior to presentation and 300 mg diphenhydramine the day prior to presentation. His mother also reported that many kids in the neighborhood had started eating a flower called Angel’s trumpet.

The medical care team was concerned for anticholinergic toxicity. In consultation with poison control, he was given a total of 5mg of lorazepam, which made him more agitated. He was admitted to the pediatric intensive care unit for observation and was started on intravenous lipid emulsion as part of generic antidotal therapy. The following day, the patient returned to baseline normal mental status and his anticholinergic toxidrome resolved. Patient admitted to taking diphenhydramine and Angel’s trumpet. He denied suicidal ideation and was discharged home.

The common name Angel’s trumpet is used for plants of the nightshade (Solanaceae) family with large trumpet-shaped white flowers (Brugmansia). Angel’s trumpet is widely used as an ornamental garden plant, both in frost-free climates and indoors, because it is easy to care for and has luxurious flowers (1). It is native to South America, but is now a widely cultivated plant in various temperate and tropical climates around the world including Southeastern United States, Western Europe, Australia, and Asia. In addition to white, the flowers can also be found in cream, yellow, peach, orange, pink, or red colors (2, 3).

In 2018, two percent of the United States population, an estimated 5.6 million people 12 years and older, were past-year users of hallucinogens. The largest group of past-year users of hallucinogens were young adults ages 18 to 25, followed by adolescents ages 12 to 17 (4). Given the wide availability of Angel’s trumpet in homes, gardens, and on the internet for purchase, these plants are frequently used as legal, readily available hallucinogens by adolescents and young adults. Recreational drug users, self-styled “Psychonauts,” recommend ingesting the raw flowers, smoking the dried leaves, or steeping the flowers, leaves, or seeds in water to brew tea (5).

The term ‘psychonaut’ was coined by a German writer in 1970 and means “sailors of the soul.” Psychonauts intentionally induce altered states of consciousness in order to investigate the unconscious mind. They most commonly achieve altered states of consciousness through the use of psychedelic drugs, but other tactics include dreaming, hypnosis, prayer, sensory deprivation, and meditation (6).

While mind-altering self-experimentation has been present throughout much of documented human history, the Internet age of online forums has welcomed a community of “e-Psychonauts”. The online forums are used to document and study experiences with altered states of consciousness as well as organize social events (7). New-age e-Psychonauts are mainly young, male, unmarried, and Caucasian (8).

Angel’s trumpet contains a large amount of belladonna alkaloids, also known as parasympatholytics. The belladonna alkaloids include atropine, hyoscyamine, and scopolamine. Scopolamine is specifically nicknamed “Devil’s Breath” due to its use by robbers in Columbia to incapacitate their victims (9).

The roots and seeds of Angel’s trumpet contain the highest alkaloid concentrations, while each blossom contains approximately 0.3 mg of atropine and 0.65 mg of scopolamine. Atropine and scopolamine are tropane alkaloids (bicyclic nitrogen-containing compounds) with a tertiary amine structure that readily crosses the blood brain barrier. Atropine is a competitive antagonist of central and peripheral muscarinic receptors. Atropine is absorbed rapidly from most routes of administration including inhalation, oral, and intramuscular. Ingestion of 1 mg of atropine produces maximal effects in 1 to 3 hours. The elimination half-life of atropine is 2.5 hours, and the elimination half-life of scopolamine is considerably longer at 8 hours. Compared to atropine, scopolamine causes more sedation, is 10 times more potent, and can be delivered transdermally (10).

The range of atropine toxicity is highly variable and unpredictable. Fatalities are reported with doses of 50-100 mg, but recovery has occurred after administration of 1 g (11). Doses of 10 mg or less may be lethal in children (11). The lethal dose of scopolamine is also unknown, one study showed the lowest ingested dose that produced life-threatening symptoms to be 2-4 mg (12).

The psychosis produced by belladonna alkaloids can be profound (10). Patients can present with hallucinations, motoric restlessness, overtalkativeness, convulsive sobbing, sexual excitement, or aggressive and autoaggressive behavior (13). Severe cases of self-harm have been reported in the literature as a result of Angel’s Trumpet’s hallucinogenic effects, including a patient who drowned in shallow water and a young man who amputated his penis and tongue (13, 14).

For any hallucinogen user presenting to the ED, initial treatment must begin with attention to airway, breathing, circulation, level of consciousness, and abnormal vital signs. Because of the belladonna alkaloids’ rapid absorption, GI decontamination with activated charcoal is of little value after clinical symptoms appear. The mainstays of treatment are fluid resuscitation and benzodiazepines. Benzodiazepines remain the cornerstone of therapy for both autonomic instability and dysphoria because their sedating effect diminishes both endogenous and exogenous sympathetic effects. The patient with a dysphoric reaction should be placed in a quiet location with minimal stimuli. Physical restraints should be avoided when possible to prevent hyperthermia and rhabdomyolysis. Rarely, CNS depression is severe enough to require endotracheal intubation in a patient with pure anticholinergic exposure (15, 16).

Physostigmine is recommended as antidotal therapy in cases of delirium secondary to anticholinergic toxicity, including belladonna alkaloid poisoning. Signs of severe toxicity include seizures, agitation with or without hallucinations, excessive hypertension or hypotension, arrhythmia, and coma (16). Physostigmine is a cholinesterase inhibitor that traverses the blood-brain barrier and inhibits metabolism of acetylcholine in the synaptic cleft. As a result, it increases the concentration of acetylcholine at the post-synaptic membrane, displacing the belladonna alkaloids from the receptor site and reversing the central and peripheral toxicity (17). The dose of physostigmine is 0.02 mg/kg with a maximum initial dose of 0.5 mg given intravenously over no less than 5 minutes, titrated to effect every 5 to 10 minutes, up to a maximum total dose of 2 mg IV (15). Physostigmine decreases morbidity, need for intubation, and length of hospital stay compared with benzodiazepines alone (15, 18, 19). Relative contraindications to the administration of physostigmine include but are not limited to: relative bradycardia, intraventricular conduction delay, asthma, coronary artery disease, gangrene, co-ingestion of a pro-convulsant drug or medication, co-ingestion of a tricyclic antidepressant, salicylate allergy, and mechanical obstruction of the gastrointestinal and urinary tract (15, 16).