History of the American Medical Informatics Association (AMIA) & ACEP Affiliation: How a “good idea” can change the world 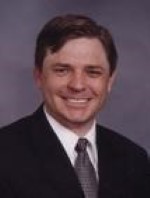 I had been participating in the informatics section for a few years and came to realize that, by and large, Emergency physicians didn’t seem to have informatics training.  AMIA had just started the “10x10” training program, and I thought that EPs might benefit from something similar. I didn’t want to start a curriculum from scratch. So, our section decided to bring the training directly to the EM docs from AMIA. What a good idea!  This collaboration built up the ACEP Informatics expertise as well facilitated dialogue among the emergency medicine informaticists.  For example, our ACEP EM Informatics Section Newsletter Editor was elected for this position after taking the ACEP/AMIA course.  It was a great way to teach those who were interested and to get them involved.

At the inception of this collaboration, I contacted Jeff Williamson at AMIA who directed me to Bill Hersh [William Hersh, MD, Informatics Professor Blog]. He said it sounded great, so I asked Dr. Brian Keaton (former ACEP president and SEMI chair). He told me the only way to get it done quickly was to convince the ACEP CEO that it was a good idea, and that we wouldn't lose too much money. I wrote the most compelling email I could.  He flat out said, “No”. He gave a bunch of reasons that I didn't like at all. (I think I was a resident at the time.) In my naivete and brashness, I replied with a point-by-point analysis of why he was wrong and why informatics was the future of everything. That got me nothing.

I think he just wanted to protect the college. Dr. Keaton was nice enough to step in and show me how to deal with large organizations in a productive way. He supported the initiative and helped the ACEP CEO see how we could do it with little risk. After some negotiations we were ready to go in 2008. Bill Hersh supplied the content. He and Dr. Jim McClay [Associate Professor, Emergency Medicine, University of Nebraska Medical Center] managed the discussions. I helped Jim with the in-person meeting at the Scientific Assembly. Over the years Jim has done most of the in-person event since it is always the same day as council meeting. I've been less involved. Numbers may have dwindled a bit since other long-term educational options are now available. But it has been a great success overall!

I want to invite all those who have taken the AMIA/ACEP 10x10 course to actively participate in the dialogue with the EM Informatics section.