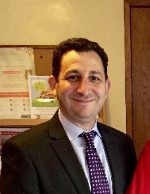 “I had a little bird

Its name was Enza

I opened up the window

and in flew enza.”

The 1918 influenza epidemic was a fast-moving horror that affected the entire world. In this article, I’ll review the epidemic’s US timeline and highlight some key and interesting points. The Influenza outbreak occurred during the last year of World War I. Medical science was growing, vaccines were being developed, but little was known about viruses.  There was no equipment that could visualize a virus at this time, as electron microscopes wouldn’t come into existence until the 1930’s. The medical infrastructure didn’t exist to handle the large number of cases and many of the doctors/nurses needed for treatment were overseas in the war. Overall, the Influenza outbreak killed 50-100 million world-wide and claimed 600,000 lives in America at rapidly appalling pace (1-2% of the world died in less than a year).  “It would be as if today, with our present population, more than 1,400,000 people were to die in a sudden outbreak for which there was no explanation and no known cure.”

The first peak is observed during October and November of 1918 and the second peak is seen between February and March of 1919. Half of all deaths in 1918 were of people between 20-40 years old and the virus was especially virulent with a case fatality rate of >2.5%, compared to <0.1% in other influenza pandemics. Many of the excessive deaths from the 1918 pandemic resulted from a disease process that began with a severe acute viral infection that spread down the respiratory tree, causing severe tissue damage that often was followed by secondary bacterial invasion. One proposed theory, has been a “cytokine storm, a deleterious overexuberant release of proinflammatory cytokines such as interleukin-6 and -8 and tissue necrosis factor—α, could have contributed to the high mortality and excessive number of deaths among the young and otherwise healthy during the 1918 pandemic”.

The 1918 influenza virus is indeed the “mother of all pandemics” in that “the impact of this pandemic was not limited to 1918-1919. All influenza A pandemics since that time, and indeed almost all cases of influenza A worldwide (excepting human infections from avian viruses such as H5N1 and H7N7), have been caused by descendants of the 1918 virus, including "drifted" H1N1 viruses and re-assorted H2N2 and H3N2 viruses.”

Where did the 1918 Influenza virus originate?  The American Experience document noted 3 different discoveries: