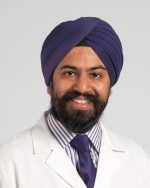 (Disclosure: Dr. Chawla is currently on leave from GWU as the chief medical officer at La Jolla Pharmaceutical Company which is the manufacturer of Giapreza)

Angiotensin II (AT-II) or Giapreza is here! It’s FDA approved for increasing blood pressure in adults with septic or distributive shock. Initial experience, thus far, confirms its efficacy in the clinical setting without any major or unexpected adverse effects. Having said that, the use of AT-II in the emergency department (ED) setting thus far has been limited, and the medical literature also has a great paucity of its efficacy and utility in the ED patient population. For this exact reason, I interviewed Dr. Lakhmir Chawla, a pioneer in the research and development of AT-II and share with you the pertinent data that may better inform the potential use of AT-II on your next shift!

What is the physiologic and literature basis behind how AT-II behaves as a vasopressor, and how it is different from conventional vasopressors?

The body leverages three main vasopressor peptides to maintain systemic vascular resistance (SVR): catecholamines, vasopressin, and angiotensin II. For the past 25 years, clinicians were only able to leverage two of these three systems at the bedside. Catecholamines and vasopressin engage alpha/beta receptors and V1 receptors, respectively, while angiotensin II engages the angiotensin II type 1 receptor (ATR1) to increase SVR. Activation of the ATR1 receptor increases smooth vascular tone and is a key step in the renin-angiotensin-aldosterone system (RAAS). The availability of angiotensin II is not new, as the bovine form of angiotensin II was available from the 1960s up until the 1990s and has been demonstrated to rescue patients with catecholamine resistant shock.1 Angiotensin II has been safely administered to over 31,000 patients for a variety of indications.2 GiaprezaTM is a stable form of angiotensin II that is identical to the endogenous human angiotensin II and was approved by the United States Food and Drug Administration (FDA) in December of 2017 to increase blood pressure in adults with septic or other distributive shock. The approval was based on the ATHOS-3 trial, which demonstrated that angiotensin II was capable of increasing blood pressure in vasodilatory shock patients who required high-dose vasopressors.3

What are the adverse effects of its use?

Other adverse reactions occurring in ≥ 4% of patients treated with Giapreza and ≥1.5% more often than in placebo-treated patients in ATHOS-3 were: thromboembolic events (including deep vein thrombosis), thrombocytopenia, tachycardia, fungal infection, delirium, acidosis, hyperglycemia, and peripheral ischemia.

The main adverse events that clinicians see with all vasopressor drugs such as tachyarrhythmias, mesenteric ischemia, peripheral ischemia, and cardiac events occurred at a similar frequency in both arms of the trial.

When should an EM provider think about using this medication? Any special recommendations on dosage such as bolus + drip v/s continuous non-titratable infusion only?

A post-hoc analysis of the ATHOS-3 data suggest that those patients with severe acute kidney injury (AKI) may gain the most benefit, as that subset of patients enjoyed a statically significant survival benefit and recovered from renal replacement therapy more frequently and more rapidly.12 In addition, angiotensin II appears to be a therapeutic option for ACE inhibitor overdose through its unique mechanism of action.13-16

What are the next steps and upcoming trials?

There are plans to study angiotensin II in multiple arenas including in the treatment of ACE inhibitor induced angioedema, post-cardiac surgery vasoplegia, and hepato-renal syndrome.

What does the latest Centers for Medicare & Medicaid Services (CMS) New Technology Add-on Payment (NTAP) for GIAPREZA mean for ER's/hospital pharmacies in terms of cost?

NTAP was created to ensure Medicare beneficiaries would have timely access to new, breakthrough technologies by providing a temporary payment mechanism for the use of new technologies, in addition to the DRG payment amount the hospital would otherwise receive. For eligible Medicare patients, CMS will reimburse up to 50% of the estimated cost of the therapy. For Giapreza, the maximum will be $1,500 for FY 2019 (effective October 1, 2018). For CMS patients, the result will be that, for most patients, a course of therapy for Giapreza will likely be less expensive than a course of therapy for vasopressin.