Get 250+ hours of education for 3 years at the world’s largest EM conference. Don’t miss out on this once in a lifetime chance to join your EM community online to learn, inspire, and connect during ACEP20 Unconventional. 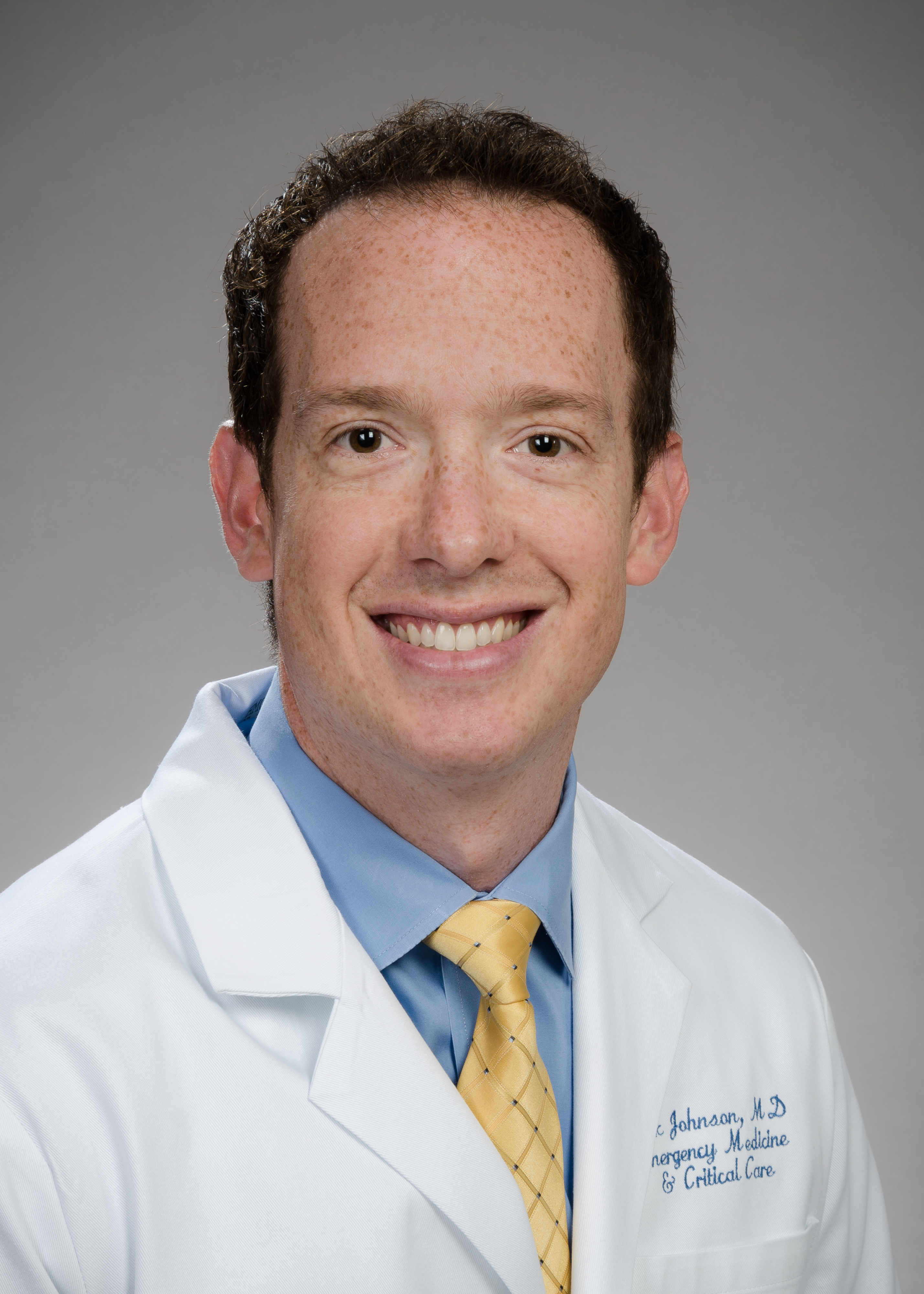 With 20/20 hindsight, 2019 was a great year for EM-critical care research. Below are brief synopses of a few key 2019 studies that I think are worth adding to your reading list.

ED-ICUs:  Dr. Kyle Gunnerson and the group from the University of Michigan published their impressive initial experience with their ED-ICU, called the Emergency Critical Care Center (EC3). Among a number of interesting findings, they demonstrated that, after implementation of EC3, adjusted 30-day mortality among ED patients dropped by 15% and ICU admissions decreased by 20%. At the very least, this paper shows us that ED-ICUs are viable and may result in substantial improvement in inpatient resource utilization and outcomes.

Airway Management: The prolific Pragmatic Critical Care Research Group, based out of Vanderbilt, published the PreVent trial. This was an ICU-based cluster-randomized trial and enrolled critically ill patients being intubated in seven ICUs. They randomized patients to bag-mask ventilation after administration of an induction agent or “traditional rapid sequence intubation” with no mask ventilation after induction. In over 400 patients, they found that the bag-mask ventilation after induction had higher oxygen saturations and less severe hypoxemia. Their primary outcome was lowest oxygen saturation between induction and two minutes after intubation, which was 96% in bag-mask group and 93% in traditional RSI group. A key secondary outcome, incidence of of severe hypoxemia (SpO2 <80%), also favored the bag-mask group. There were no significant differences in baseline characteristics or multiple indicators of aspiration (clinician report, new opacity on chest radiograph). As far as I can tell, they did not report how many patients were NPO at the time of intubation or for how long. Nevertheless, this study supports the notion that bagging during your intubation attempt in ICU patients is safe and should, at the very least, be conducted when necessary (eg, critical hypoxemia or severe acidosis) and is even a reasonable default for all patients.

Cardiac Arrest: Targeted temperature management is back in the spotlight after two key trials: PRINCESS and HYPERION. The PRINCESS trial examined the effect of prehospital cooling for patients with OHCA using a novel trans-nasal evaporative cooling device. The authors sought, I think, to address two issues in previous studies: 1) Time to target temperature: There's a growing body of evidence, including a recent subanalysis of the TTM trial, suggesting that time to target temperature after cardiac arrest is important. 2) Method of cooling: A previous study in Seattle found no difference with prehospital administration of cold IV fluid but did note some adverse events related to fluid administration (pulmonary edema and diuretic use). PRINCESS was powered to detect a whopping 16% absolute difference in survival with good neurologic function (Cerebral Performance Category [CPC] score of 1 or 2) at 90 days among patients who survived to hospital admission based on their Phase 2 study, with an estimated sample size of 150 patients who survive to admission. They enrolled 677 patients overall and found that 16.6% of patients in the prehospital hypothermia group achieved CPC 1-2 at 90 days compared with 13.5% in the control group, which did not reach statistical significance. Sadly, it looks like this is another underpowered critical care trial with results that are inconclusive and likely won't lead to practice change but will generate lots of questions.

The HYPERION trial, just published in the New England Journal of Medicine (NEJM), randomized patients with cardiac arrest with initial nonshockable cardiac rhythm to targeted temperature management with a goal temperature of 33 degrees Celsius versus controlled normothermia (goal temperature 37  degrees Celsius). Their main finding was that 4.5% more patients randomized to the 33-degree group survived with CPC score of 1 or 2 at 90 days than the normothermia group. Several criticisms of this trial have already been levied. Because the overall mortality was remarkably high at over 80%, there were a small number of outcomes (survival with CPC 1-2 at 90 days). Some have been critiquing the "fragility index" of this study. If one patient with good outcome was moved from the 33 to 37 group, there would be no significant difference. Others have commented that this is a marker of a well-designed, efficient trial with accurate sample size and effect size estimations and is not relevant in trial interpretation. Of note, the number of adverse events was remarkably similar between groups. At the very least, this trial demonstrates that TTM to 33 degrees is safe, and perhaps beneficial, in the non-shockable group.

Also in NEJM earlier this year was the COACT trial, which randomized 552 patients who had cardiac arrest with ROSC but no STEMI to early coronary angiography versus delayed angiography (after neurologic recovery). While they found no difference in their primary outcome of survival at 90 days, the incidence of intervenable coronary disease was remarkably low (35% had no clinically significant disease and only ~40% were revascularized). I wonder whether we can generalize to a U.S. population with a higher baseline prevalence of coronary disease.

Acute respiratory failure: The Prevention and Early Treatment of Acute Lung Injury (PETAL) Network published the ROSE trial, a reappraisal of empiric neuromuscular blockade for patients with moderate-to-severe ARDS. The impetus for this trial were some key concerns about the previous ACURASYS trial, namely that blinding forced deep sedation in the control arm, which may not reflect modern usual care. In this non-blinded trial, they randomized over 1,000 patients with ARDS and PaO2:FIO2 ≤ 150 at 50 PETAL hospitals to early neuromuscular blockade versus usual care (targeted sedation) before the trial was stopped for futility. The trial enrolled really sick patients, and most who were excluded had rapid improvement. Most notably, patients were randomized very early (within 16 hours), speaking to the amazing power of ED-ICU collaboration within PETAL. The trial found no difference in its primary outcome of mortality at 90 days, and no difference in adverse events or other secondary outcomes. This trial empowers us, as intensivists, to be selective about our use of neuromuscular blockade in ARDS. If a patient truly needs it due to critical hypoxemia and ventilator synchrony, it’s safe. But we probably should not empirically layer it on for all patients with PaO2:FIO2 ≤ 150 with the hope that it will improve survival.

Incoming section leader Dr. Clark Owyang and colleagues examined the association between ED crowding and mechanical ventilation practices.  They found several interesting things: 1) Only 30% of patients had ANY ventilator adjustment performed in the ED and 2) 36% of patients left the ED with a tidal volume of 500 ml, the default setting in their electronic medical record. In a multivariate model adjusting for demographics, markers of ED crowding (# of active ED patients and # of ED patients requiring inpatient admission) were associated with non-use of low tidal volume ventilation (≤ 8ml/kg of predicted body weight). Perhaps most concerning, female gender was associated with non-use of low tidal volume ventilation with an odds ratio of 11!

Sedation and analgesia: Dr. Brian Fuller led the ED-SED study, a multicenter, prospective cohort study that evaluated current practices around analgesia and sedation for mechanically ventilated patients in 15 academic EDs. Key among findings were that early deep sedation was extremely common in the ED (>50% of ventilated patients). Such practices carry over to the ICU and may be associated with more delirium and worse outcomes.

Shock and Vasopressors: The group at Hennepin published an interesting analysis of their utilization of push-dose vasopressors in the ED. They reported a relatively high incidence of both human errors (~20%), including seven dosing errors and ~40% adverse hemodynamic events (defined as defined as extreme tachycardia >140 beats/minute, new bradycardia, hypertension, and ventricular tachycardia). Notably, only one dosing error occurred when a pharmacist was present, speaking to the power of ED (and ICU) pharmacists (and perhaps pre-mixed syringes when a pharmacist is not available).

Sepsis: The Vitamin C saga continues with publication of the CITRUS-ALI trial. This was a Phase 2 randomized trial of high-dose (50 mg/kg every 6 hours for 96 hours) IV vitamin C. They randomized 167 patients with early sepsis and ARDS in seven U.S. ICUs. While they found no difference in primary outcome (change in SOFA score), they reported a massive difference in mortality (17% versus 46%), an exploratory, secondary outcome. This topic definitely warrants more study. Fortunately, there are at least a dozen other trials ongoing worldwide.

As our field grows, so expands the body of relevant literature. I look forward to all the great EM-critical care research that 2020 will bring!