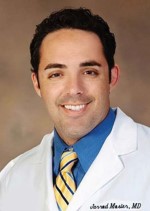 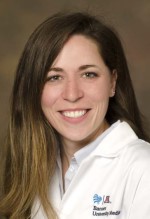 Intravenous fluid administration is the most commonly utilized intervention in emergency and critical care medicine worldwide.1 Despite significant advances made in resuscitation of the critically ill patient, there are many controversies about the amount and type of fluid that should be given.

Patients with sepsis and septic shock exhibit a decrease in circulating intravascular volume from capillary leak through pro-inflammatory cytokines, peripheral vasodilation, and damage to the glycoprotein layer lining the lumen of the endothelium. The diminished circulating volume contributes to reduced cardiac output, reduced tissue oxygen delivery, and organ dysfunction that is seen in sepsis.2 Restoring the intravascular volume with fluid therapy to maintain organ perfusion is vital in the treatment of shock. The updated 2018 Surviving Sepsis Campaign Guidelines advocate the use of dynamic versus static measures of fluid responsiveness and fluid resuscitation with at least 30 mL/kg of intravenous crystalloid within the first hour.3 Despite the amount of fluid recommended to be administered by these guidelines, multiple studies have demonstrated an association with a positive fluid balance and/or administration of large intravenous fluid volume with an increased mortality.4-6 Positive fluid balance is defined by an overall fluid accumulation of 10% and is calculated by dividing the cumulative fluid balance in liters by the patient’s baseline body weight and multiplying by 100%.4 A positive fluid balance increased mortality in patients with acute kidney injury,7 demonstrated a worse mortality in septic shock patients,8 and demonstrated a prolonged recovery in patients with acute lung injury/ acute respiratory distress syndrome.9 Intravenous fluid therapy should be used to restore adequate hemodynamics and careful consideration should be given to the overall amount of fluids as to not create a positive fluid balance. Therefore, goal-directed fluid resuscitation should be applied and targeted to patient’s physiologic needs.

Patients are fluid responsive when their cardiac index improves following a preload challenge (either fluid bolus and/or passive leg raise).10 The most commonly used measures of fluid responsiveness have historically been central venous pressure (CVP) and pulmonary artery occlusion pressure as surrogates for preload. It is assumed through Guytonian physiology and the Frank-Starling curve that an increase in CVP could be associated with a rise in cardiac output. However, systematic analyses have found a weak relationship between cardiac filling pressures and fluid responsiveness, and this practice has been largely abandoned.10 In a 2002 review, half of patients who received a fluid bolus based on clinical signs and static hemodynamic measurements were not fluid responsive.11 Fluid resuscitation should instead be based on dynamic indicators of fluid responsiveness, such as those that are associated with intrathoracic pressure changes with respiration including pulse pressure variation, systolic pressure variation, or stroke volume changes on echo; or those associated with increased stressed volume such as a straight leg raise or small (250ml) fluid challenge. Variation of pulse pressure on a non-spontaneously breathing, mechanically ventilated patient has been validated in predicting fluid responsiveness.12 Pulse pressure variation can be seen easily through an arterial wave tracing and is defined as a change in pulse pressure of 10% through the respiratory cycle. Straight leg raise transiently increases venous return when lifting the legs at 45 degrees in relation to the supine patient and also can predict volume responsiveness when cardiac output is measured via echocardiography.13 Velocity time integral on bedside echocardiography allows measurement of stroke volume. Inferior vena cava (IVC) ultrasound assesses the size and degree of collapse during the respiratory cycle. However, IVC assessment is a surrogate of CVP, which is a poor indicator for volume responsiveness. Individualized volume resuscitation based on hemodynamic measurements via fluid responsiveness could minimize the harm in making the patient volume overloaded.

There continues to be debate about the ideal fluid to be administered to critically ill patients. Saline administration to restore circulating blood volume was first described during the 1831 cholera outbreak in Europe. Early experimentations found that erythrocytes did not lyse when placed in normal saline (NS) and concluded that the “blood of man was isotonic with a NaCl solution of 0.9%.”14 This is recognized to be the etiology of the “normal” denomination of 0.9% NS, however, human plasma is 0.6% NaCl. Normal saline is nearly isotonic to extracellular fluid, however the sodium and chloride concentration (154 mEq/L) is higher than that of human plasma. Given these solute concentrations, large amounts of NS infusion will lead to hypernatremia and hyperchloremic acidosis. Evidence reveals that supra-physiologic chloride concentration may lead to kidney injury15 and higher risk of in-hospital mortality.16-18 Hyperchloremia also increases systemic inflammation19 and can cause renal vasoconstriction and decrease the glomerular filtration rate, even in healthy individuals.20 Considering these properties of NS, the patients who may benefit are those who have a proclivity of developing hyponatremia, hypochloremia, and metabolic alkalosis, such as those patients with severe persistent vomiting or other gastrointestinal losses.

Balanced salt solutions are crystalloids that have a chemical composition that approximates extracellular fluid by containing potassium, calcium, and lactate or acetate as a more stable substitute for bicarbonate. These solutions include Plasma-Lyte, lactated Ringer’s, and Hartmann’s solution and have less of an adverse effect on acid-base equilibrium than normal saline through the addition of organic acids. Recent data suggests that balanced solutions might be superior to saline for fluid resuscitation in critically ill patients and sepsis.18 Raghunathan demonstrated in-hospital mortality rate was lower among patients who received a balanced solution than among those who received only saline.17 Trials from perioperative literature comparing chloride-liberal (eg, NS) and chloride-restricted solutions demonstrate that the use of balanced salt solutions decreases mortality and the incidence of acute kidney injury (AKI).21 A 2018 study demonstrated the use of balanced salt solutions, compared to saline, resulted in a lower composite outcome of death, new renal-replacement therapy, and sustained renal dysfunction.22 However, none of the balanced salt solutions accurately replicate the composition of extracellular fluid and are not truly physiologic. Lactated Ringer’s and Hartmann’s solution are slightly hypotonic and have been shown to lower blood osmolality, increase brain water content, and temporarily raise intracranial pressure.23,24 Patients with impaired blood-brain barrier and brain injury might develop cerebral edema when given these hypotonic solutions. Calcium is included in some balanced salt solutions which cannot be administered with citrate-containing cell transfusions, given the risk of microthrombi.

Colloids consist of a class of high molecular-weight compounds suspended in a carrier fluid that, under normal physiologic conditions, remains in the intravascular space, confers oncotic pressure, and provides plasma expansion. Albumin is the most commonly utilized and most widely studied colloid as a resuscitation fluid. Albumin is synthesized by the liver and comprises about 80% of intravascular colloid oncotic pressure.25 Albumin has reported hemodynamic advantages over crystalloid as a volume-expanding resuscitation fluid. In laboratory and preclinical models, endogenous albumin has antioxidant effects, scavenges free radicals, and modifies inflammatory responses.25 However, it is unknown if exogenous iso-oncotic (4-5%) or hyper-oncotic (20-25%) fluids confer the same properties or improve clinical outcomes. The Saline versus Albumin Fluid Evaluation (SAFE) trial compared 4% albumin with normal saline for fluid resuscitation and found no difference between the groups for the primary endpoint of 28-day all-cause mortality.26 Post hoc analysis demonstrated an increased rate of death for patients with traumatic brain injury, yet also found a reduction in 28-day mortality in patients with severe sepsis. In the Albumin Italian Outcome Sepsis (ALBIOS) study, outcomes were improved for patients with septic shock when albumin was administered compared to those given NS.5 These data suggest that albumin has a role in resuscitation. The Surviving Sepsis Campaign suggests that albumin use should be considered as a resuscitation fluid in patients with severe sepsis, particularly in those who are not responding to crystalloid infusions. A limitation to albumin is the increased expense compared to other fluids. It is obtained through pooled human plasma, making it a scant resource, although the expense may be offset if ICU days, ventilator days, and pressors days are reduced.27,28

Fluid management in critically ill patients has been in the spotlight in recent years, with the amount and composition of fluids showing impact on patient outcomes. The use of NS is associated with an increased risk of AKI and mortality in critically ill patients compared to balanced salt solutions. Albumin as a resuscitation fluid is well tolerated in the absence of TBI and might benefit patients with septic shock who have received large amounts of crystalloid fluid. Though guidelines and expert opinion vary with the optimal approach to fluid responsiveness, dynamic measures of cardiac output augmentation are considered more accurate than static measures in reflecting Guytonian physiology. It is essential to treat resuscitative fluids with the same investigation as other medications, recognize their therapeutic effects, and administer the optimal dose.