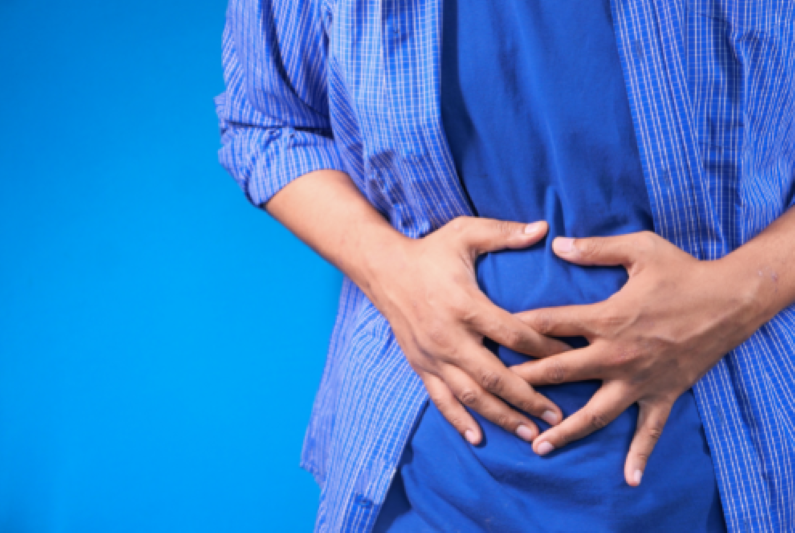 A previously well, 14-year-old boy developed abdominal pain radiating to the right hemiscrotum two weeks prior to his evaluation in the emergency department (ED). He reported to have been playing in a football tournament on the day of the start of symptoms and subsequently went to a local clinic where he was diagnosed with orchitis. The patient was given antibiotics and analgesia, and instructed to return to the clinic a week later. However, he returned after four days due to increased pain in the left hemiscrotum. The clinic sent the patient to the ED after this second visit, where he presented with contralateral hemiscrotum pain. There were no other chronic medical conditions documented in this patient’s history, and he takes no medications except for the aforementioned prescriptions from the clinic. He reported normal food intake and bowel habits, and denied significant weight loss or night sweats.

On examination, vitals were normal, and the patient appeared overall nontoxic. The testicular examination revealed a markedly tender left testicle which was firm, nodular, and his pain was not relieved with raising of the testes. There were no masses, signs of hernias, superficial skin changes, or urethral discharge. The right testis was also firm, but noticeably less swollen.

Bedside ultrasound was performed, and in the transverse view of the left testis, the subcutaneous tissues look thickened. There was obvious edema noted, and mixed echogenicity within the testis indicated possible necrosis. There were no signs of gas or cobblestoning; however, the epididymis appeared thickened. What is the whirlpool sign and why is it important?
The whirlpool sign seen on ultrasound can indicate twisting of the spermatic cord, suggesting persistent testicular torsion, in both partial and complete cases. With acute testicular torsions, it can take several hours before ischemic damage is evident on ultrasound.1 Early diagnosis is imperative for this condition, as every hour spent without treatment increases the likelihood of permanent damage to the affected testicle. Oftentimes, the presence or absence of Doppler flow can lead clinicians down the torsion pathway. Literature has shown that even when Doppler flow is present in the affected testicle, the presence of the whirlpool sign strongly suggests torsion.2 In 2007, Nicolas Kalfa et al performed a multi-center prospective trial that showed the whirlpool sign has a sensitivity and specificity of 81% and 100%, respectively, when read by a junior radiologist.3 Additionally, a 2018 meta-analysis by McDowall et al showed “a pooled sensitivity and specificity of the [whirlpool sign] of 0.73 (95% CI, 0.65-0.79) and 0.99 (95% CI, 0.92-0.99), respectively.”4 Thus, the sign is helpful in ruling in torsion, but not ruling it out.

The clinical diagnosis can be organized by the TWIST score (Table 1), which was created in 2013 by JA Barbosa and has been prospectively validated in 2016, and most recently in January 2021.5-6 It is composed of 5 elements with varying point values with 0-2 being low-risk (torsion “excluded”), 3-4 moderate (ultrasound needed), and 5-7 high-risk (can go directly to the OR). A March 2022 meta-analysis by Qin et al showed a 98% sensitivity in low risk patients and a 97% specificity in high risk patients.7 Since this score is yet to be included in urology or emergency medicine guidelines, ED providers should still obtain a scrotal ultrasound on patients with an acute scrotal complaint. Ultrasound findings associated with testicular torsion are included in Table 2.

There are several signs of testicular torsion on scrotal ultrasound. Starting from the superior aspect, the spermatic cord can be seen with a whirlpool sign (knot-like) when compared to the unaffected side. This sign has high specificity with low sensitivity in Baud et al.,8 from 1998 and again demonstrated in McDowall’s meta-analysis in 2018.4 For now, the sign rules in testicular torsion but does not rule it out. Several other signs will favor the diagnosis, such as: spiral-like flow on color Doppler, an up-tracking epididymis as it is being dragged towards the inguinal canal, or an increased testicular size compared to a normal contralateral testis.

Arterial waveform resistive index (RI) is one of the most sensitive and specific tests for testicular torsion. The RI is calculated when an arterial waveform is identified (arterial has prominent pulsations compared to the more flat and unchanging venous waveform), and a pulse wave Doppler tracing shows peak systolic velocity and lowest diastolic velocity. The formula for calculating this is noted in Figure 1 and an example waveform in Figure 2. A normal RI is 0.5-0.7. Echogenicity of the testicle also changes over time as parenchymal bleeding builds, causing increased brightness on the affected side. As this bleeding occurs sporadically, the echotexture becomes increasingly varied, causing heterogeneous echogenicity.

A hydrocele is common in acute torsion, as inflammatory edema builds in the surrounding tissue. However, it can be absent in chronic torsion. Scrotal skin edema and thickening may also be present. The high-frequency probe (at least 7.5 MHz) should be used to evaluate the testicle. Ideally, the patient should be supine, knees bent with the hips externally rotated (frog leg position). The unaffected side should be scanned first in order to establish a baseline. Fully scan each testis, epididymis, and spermatic cord in both the longitudinal and transverse planes, starting medially and moving laterally. The portion of spermatic cord superior to the epididymis is where the whirlpool sign can be seen. It is imperative to obtain the view that includes both testes in order to evaluate for asymmetry, which is known as the “Buddy View.” Finally, color or power Doppler (the latter is more sensitive in low flow states but cannot differentiate direction) can evaluate for the presence or absence of blood flow to each testicle.11 The Doppler mode of choice should be power Doppler (which is up to 5 times more sensitive than color Doppler) to detect the “slow-moving” blood in the testes [10]. In case of ongoing torsion, the affected testicle will appear hypoechoic compared to the unaffected side as a result of edema and eventual necrosis.10

The patient went to the operating room where the left testicle was found to be necrotic and was subsequently removed. The right testicle had an orchiopexy performed.