Central venous catheters play an important role in the care of critically ill patients. The subclavian vein (SCV) is a deep central vein that is an extension of the axillary vein as it courses beneath the clavicle starting at the lateral border of the first rib before joining the internal jugular vein (IJV) medially under the clavicle. SCV cannulation offers several advantages when compared to the alternative sites, including fewer infectious complications, fewer cases of symptomatic deep venous thrombosis, and increased patient comfort.1 Despite the advantages that SCV central line offers, landmark-guided cannulation of the SCV can be associated with many complications such as arterial puncture, hematoma, pneumothorax, hemothorax, catheter malposition, and nerve injury.2

Ultrasound guidance for SCV cannulation has been explored and determined to be safe, effective, and efficient in reducing mechanical complications of SCV cannulation.3,4 There are different approaches to ultrasound-guided SCV cannulation: infraclavicular and supraclavicular approaches, which can be done “in-plane” (long-axis) and “out-of-plane” (short-axis). The short-axis view of the SCV is obtained by positioning the ultrasound probe perpendicular to the course of the vein. However, this approach does not allow for optimal visualization of the needle tip. The long-axis view, on the other hand, allows the provider to perform this using an “in-plane” approach which results in complete visualization of the full length of the needle. A single-center, randomized crossover control trial of 57 emergency medicine resident and attending physicians found that the long-axis approach resulted in more first-time attempt successes, fewer needle redirections, and reduced complications when compared with the short-axis approach.4 Another prospective, randomized crossover study of emergency medicine residents found that the long-axis approach for SCV cannulation was more efficient with decreased time cannulation and fewer needle redirections compared to the short-axis approach.5 Furthermore, the long-axis approach was also associated with fewer posterior wall punctures.5 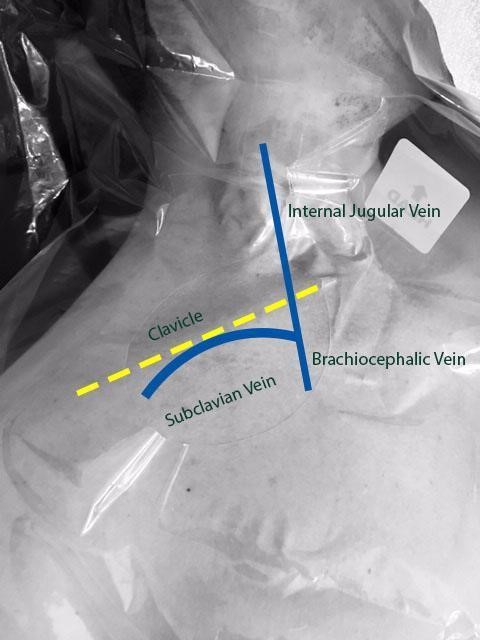 Figure 1. Anatomy of subclavian vein as it courses underneath the clavicle and merges with the internal jugular vein to form the brachiocephalic vein. 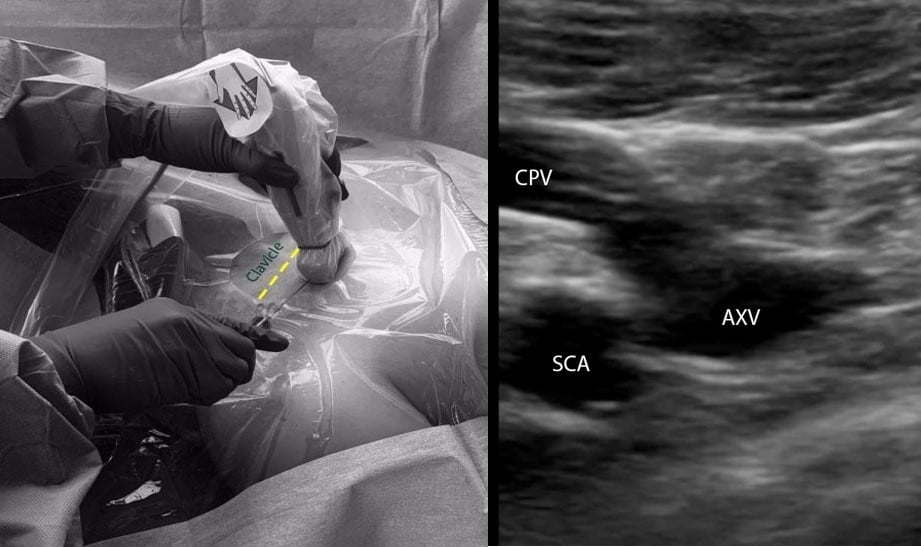 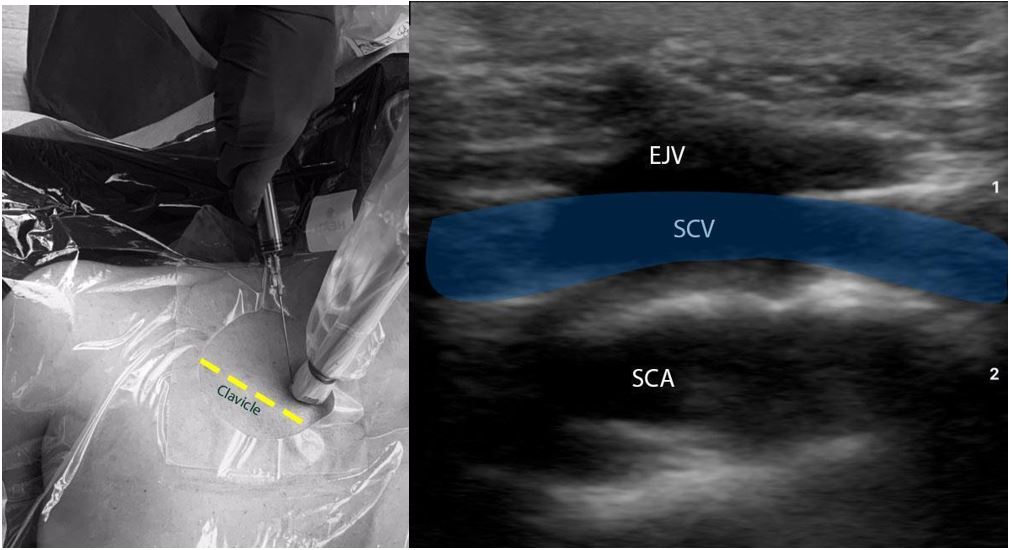