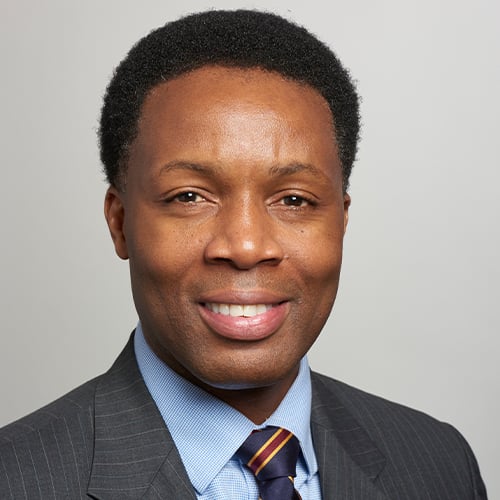 Dr. Ugo A. Ezenkwele is chief of emergency medicine at Mount Sinai Queens and Associate Professor of clinical emergency medicine at Icahn Mount Sinai School of Medicine. He completed his undergraduate and medical training at Johns Hopkins University (JHU). Prior to graduating he also received a master's in public health from the JHU School of Public Health. He was the president of the Diversity Interest Group of the Society of Academic Emergency Medicine (SAEM) and later became the vice-chairman of the Academy of Diversity & Inclusion in Emergency Medicine of SAEM. Furthermore, he was the past president of the EM Section of the National Medical Association (NMA). Over the years he has received several awards including the SAEM Visionary Educator Award, the AAMC Herbert Nickens Faculty Fellowship, and the NMA Excellence in Service Award. Recently, he was named to the Crains New York Business Notable Black Leaders and Executives for 2021. He is a councilor for the American College of Emergency Physicians (ACEP) and an oral board examiner for the American Board of Emergency Medicine (ABEM).